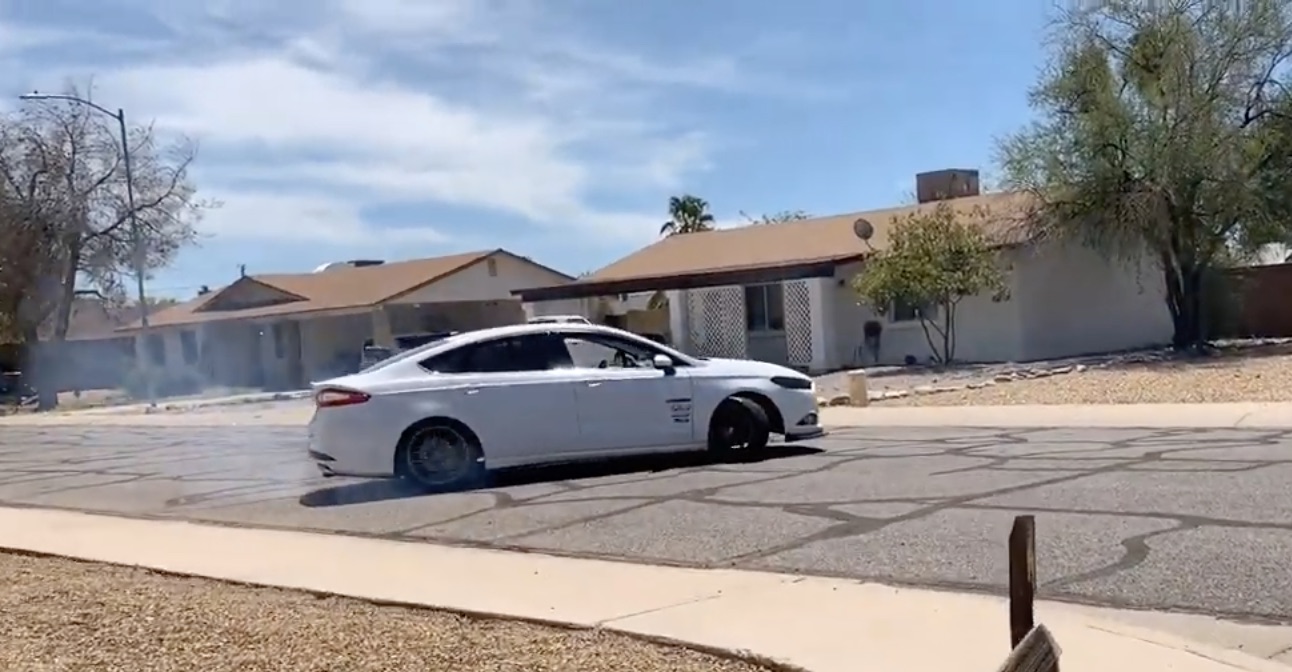 Australians got the Falcon all the way up until Australian production got cosigned to history. You could get one meek and mild with a turbocharged four. You could choose one wicked six that could leave V8s wondering what happened and if that wasn’t good enough, you could get a Coyote-powered, four-door, manual trans equipped four-door sedan that would just straight-up rock. In America, we got the Mustang, Ford’s point of pride when it comes to performance and….yeah, that’s about it. The closest car we got to the Falcon was the Fusion with the EcoBoost V6 and all-wheel-drive. It’s sporty enough for the mainstream, but for a gearhead, it wasn’t enough.

Matt Soppa’s drift Fusion build, on the other hand, gives us hope. He’s been on the car for a bit and the last time we had checked in with him, the car was in the paint booth. No longer, it seems…it’s on four wheels, the body panels are on and yes, Virginia, that’s a license plate you see on the trunk. There’s some minor bits to deal with, but you are looking at a running, driving, RWD-converted Ford Fusion that has the kind of exhaust note that brings a tear to our eye.

This thing rules all.

Salt Ghost: Check Out The Story Of This Triumph’s Return To The Salt After Nearly Forty Years! Money No Object: The Ridler Award-Winning “Imagine” 1957 Chevrolet