Rudolf Diesel received a patent for the compression-ignition engine that bears his name on this day back in 1898. To celebrate that, GMC took this picture 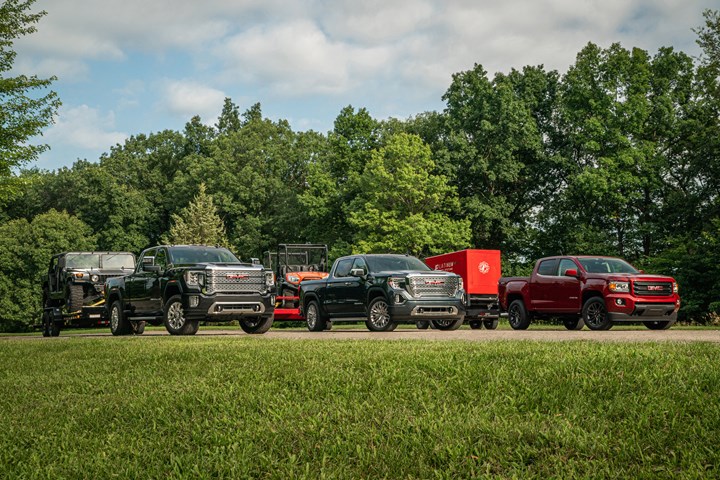 which goes to the point that it offers its Canyon midsize, Sierra 1500 full-size and Sierra HD heavy duty, all with diesel engines. (Which would undoubtedly make Rudolf happy.)

Not to be maudlin, but it may be interesting to note that Rudolf Diesel died on or around September 29, 1913, which is the day that he disappeared while on a steam ship that was traveling from Antwerp, Belgium, to Harwich, England. His body was found on October 10 of that year.

There are two schools of thought about Diesel’s death. One is that he committed suicide. The other is that he was knocked off by someone in the pay of the coal industry: the diesel engine put the coal-powered steam engine for things like trains and, well, steam ships, at a competitive disadvantage, so Diesel had to go. . .

It’s Capital Spending Survey season and the manufacturing industry is counting on you to participate! Odds are that you received our 5-minute Metalworking survey from Automotive Design and Production in your mail or email. Fill it out and we’ll email you $15 to exchange for your choice of gift card or charitable donation. Not sure if you got the survey? Contact us to access it.
Help us inform the industry and everybody benefits.