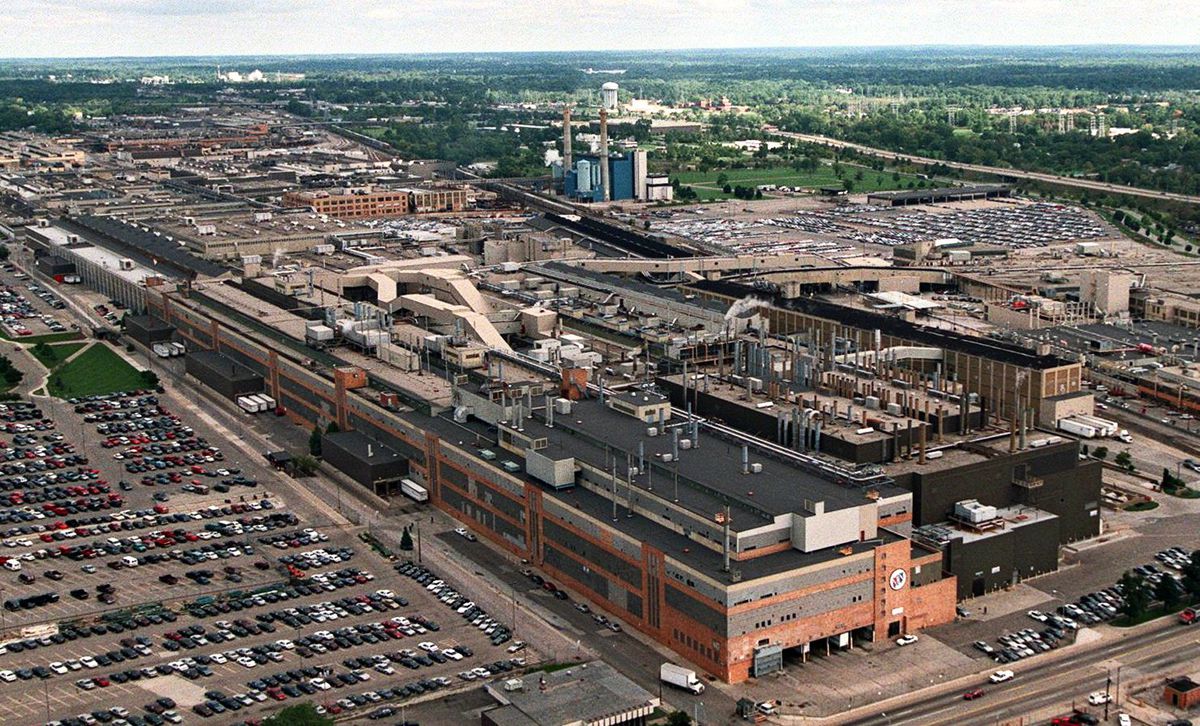 (This story has been updated with comments from the offices of Mayor Karen Weaver and Gov. Gretchen Whitmer.)

FLINT, MI — Mahindra Automotive North America and the owner of the old Buick City site in Flint say the company is considering construction of a new manufacturing plant here, a development that could create up to 2,000 jobs within five years.

But there’s a catch: The potential new plant faces competition from sites in other states, creating a potentially expensive incentive bidding war.

MANA, which is in the running for production of the U.S. Postal Service’s next-generation delivery vehicle, announced Thursday, Aug. 8, that it has signed a letter of intent to evaluate Buick City with the Revitalizing Auto Communities Environmental Response Trust, the company created to sell off troubled assets of General Motors when the company went through bankruptcy in 2009.

“While we are keeping our options open, we think the Buick City site in Flint would be a great fit for is,” MANA President and Chief Executive Officer Rick Haas said in a statement issued Thursday. “It’s close to our current facility, which improves overall enterprise efficiency, and the site is one of the oldest manufacturing sites in the United States with a long, storied automotive history.

15 years to the day after Buick City shutdown, American Spiralweld is bright spot in redevelopment efforts

Fifteen years after the last Buick was built in Flint, a pipe manufacturing company is taking a shot at success on the same turf.

“We look forward to working with RACER Trust, the city of Flint and the state of Michigan to fully determine whether this site represents our best opportunity to build Mahindra automotive future here in North America,” Haas’ statement says.

MANA said it’s also considering sites in several other states, and said a decision about where to invest will be driven in part by financial incentives offered by the state of Michigan.

Representatives of Gov. Gretchen Whitmer and Mayor Karen Weaver said they are already and will continue to work with the company.

“If Mahindra secures the contract to assemble the next postal truck, a development like this at the old Buick City site would be great news for the city of Flint and the state of Michigan,” Whitmer’s office said in a statement. “We look forward to continuing to work with them on opportunities to grow and create good-paying jobs here in Michigan.”

Weaver’s statement said she is “extremely optimistic and hopeful that Flint will be selected as the expansion site for Mahindra Automotive North America’s manufacturing facility.”

“Buick City is an ideal site for many reasons, including size, infrastructure, and location. I have said all along that economic development and jobs are key to Flint’s recovery. We are well on our way and 2,000 additional jobs will quickly advance us on our path of economic recovery,” the mayor said.

“We have been in conversations with MANA and its contractors, as well as the (Michigan Economic Development Corporation), Flint & Genesee Chamber of Commerce and RACER Trust, and we are committed to making this project happen. We are eagerly anticipating their final decision so we can continue moving Flint forward,” the statement said.

RACER said in a statement to The Journal that it is hopeful the MANA’s “evaluation of this opportunity will result in a decision to make significant additional investments and create a substantial number of new jobs in the state.”

Nearly 1,500 line up for chance at jobs at new Lear facility in Flint

“I don’t think we expected this many (people),” she commented, estimating 1,500 to 1,700 people took part in the event, with those in attendance dealing with congestion and parking issues.

The trust statement says it will “do all it can to support MANA during its evaluation process and to contribute to what we hope will be a successful outcome for the state, the community and the company.”

MANA already operates a design, engineering and vehicle development center is Auburn Hills, where it was established in 2013.

Officials at the North American headquarters said in their news release that they work with Mahindra automotive teams in India, Korea and Italy to grow the company’s business. In 2018, the company began manufacturing the ROXOR, which it describes as a rugged, off-road work and recreation vehicle, in Auburn Hills.

Although MANA would continue to operate its headquarters and technical center in Auburn Hills, the company said that site is at capacity and it needs a significant expansion, and said the potential contract with USPS is “only a piece of what we have planned.”

Finding a buyer for an obsolete 5 million square foot ex-auto factory on contaminated land may be the least promising job in commercial real estate.

A key Genesee County economic development official said Thursday that he welcomes the potential development at Buick City and said his group has been working with MANA.

“We have been working closely with Mahindra and we’re thrilled that Flint is on their short list,” Tim Herman, chief executive officer of the Flint & Genesee Chamber of Commerce, said in a statement to The Journal. “We have the expertise, infrastructure and workforce to support a major business expansion and we welcome the opportunity. An investment of this size – bringing 2,000 jobs — would be a tremendous win for the Flint area and our citizens, and continue the momentum we’ve achieved.”

The last LeSabre built by GM at Buick City rolled off the assembly line more than 20 years ago, leaving behind a massive industrial wasteland where more than 27,000 autoworkers once worked.