Fair Winds: Cruising A Douglas DC-3 On A Transatlantic Flight 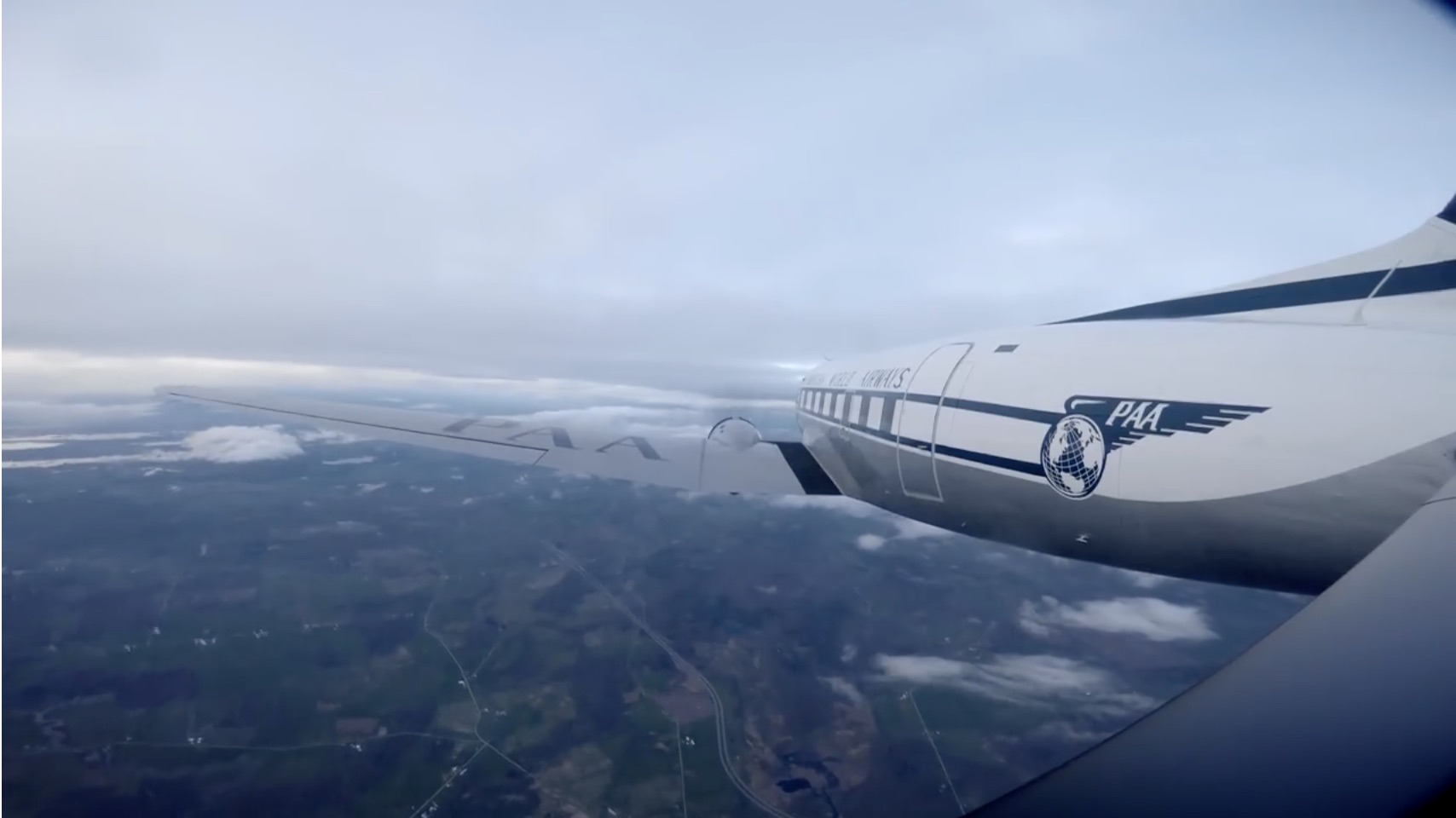 The Douglas DC-3 is the aircraft that made commercial air travel a reality. It was the first airframe that was profitable just by carrying people aboard and it was one of the most mass-produced aircraft ever made, with over 16,000 examples built between civil service and wartime requirements. A twin-prop taildragger, the DC-3 was an icon of aviation both during it’s heyday and even today, where at least a couple thousand are still in servicable and airworthy conditions. It was also the first aircraft that saw continental U.S. crossings and could fly around the world, one of the earliest airframes to pull off such a feat.

Keep in mind as you watch this particular trip, that this is an aircraft that entered production in 1935. There are commercial jet aircraft that are much younger than the DC-3 that are fully retired, like the Boeing 707 and the Convair 990. This Pan Am-liveried example is a flying history lesson that in this video was being ferried over for the 75th anniversary of the D-day invasion in Normandy, France. But don’t worry about that bit of history…just enjoy the sights and sounds of an airliner that’s eight-something years old as it does exactly what it did all of those generations ago…fly wherever the nose was pointed.

Watch Austin Prock Grab His First Top Fuel Win On The Day His Boss John Force Got 150 Devil In Disguise: This 1951 Chevrolet Is A Lexus LS400…And It’s Built To Drift