Devil In Disguise: This 1951 Chevrolet Is A Lexus LS400…And It’s Built To Drift 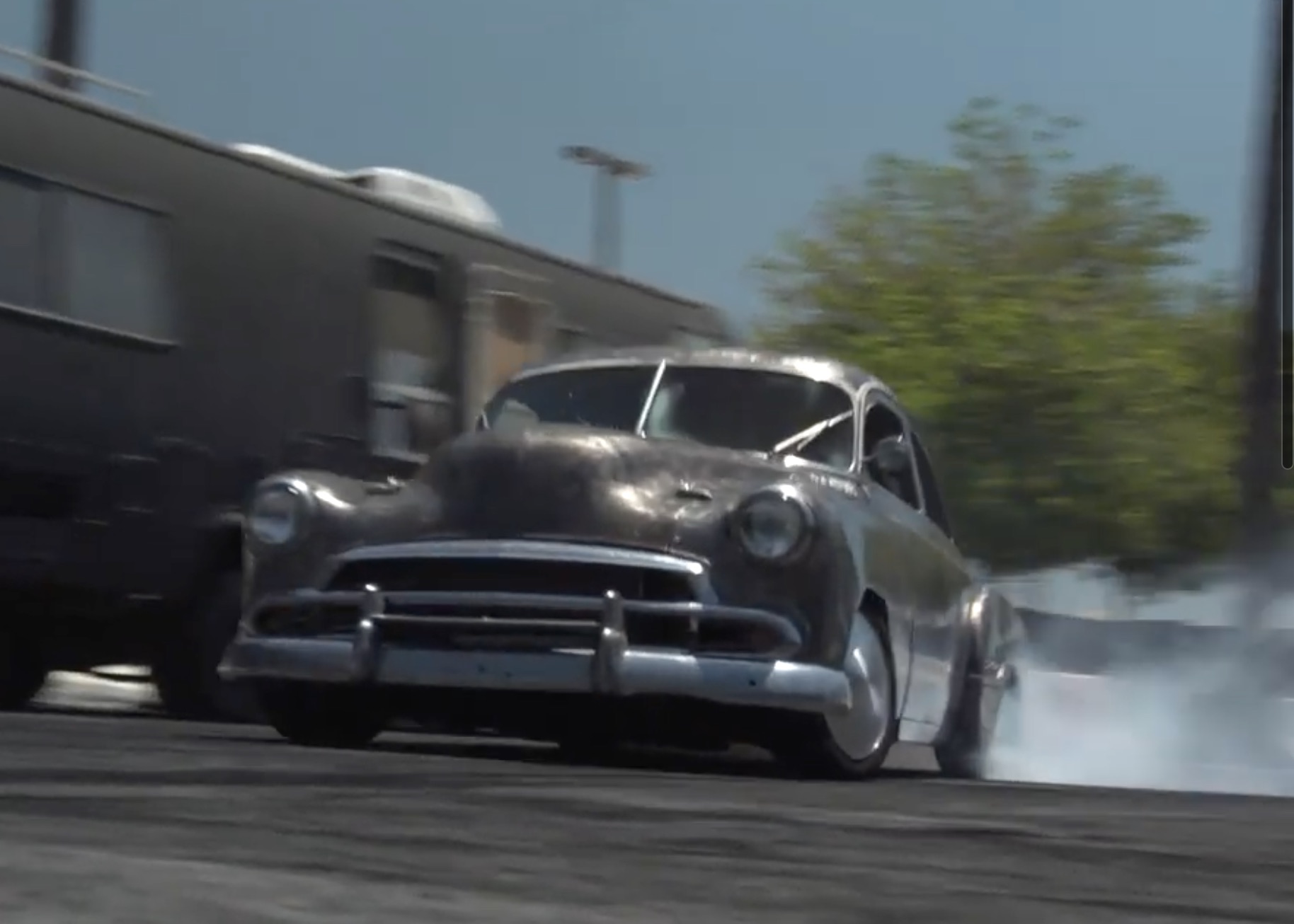 1951 Chevrolet sedan…fat fenders, no fins, the typical “lead sled” kind of body that gives off the same overall vibe as a 1949 Mercury or a bathtub Chrysler. Other than being an old car, is there anything truly exciting about one? If you’re a fan of old iron, sure…those lines haven’t been made by Detroit properly since 1955 and they ain’t coming back anytime soon. But a six-cylinder volume seller isn’t going to raise that many eyebrows past the appreciative. But how do you get creative with a car like this without treading down an already-worn road?

The Lexus LS400. A flagship program that had been in development for seven years, the UCF10 platform sedan was Toyota’s bow shot for the BMW 7-series and the Mercedes-Benz S-class…and it made the right noise to do it. Quiet, powerful, comfortable, fast and efficient, the LS400 was a jaw-dropper from the moment it went on sale. BMW claimed that Lexus were selling the car below cost, though Lexus admitted that the target MSRP was actually $25,000 instead of the $35,000 range that they actually sold at.

The Lexus’s 1UZ 4.0L V8 is a potent little thing and the suspension setup is light-years from the Chevrolet’s. But you cannot deny the classic looks of the DeLuxe body, even in it’s four-door form. Combining the two seems to be a radically off setup, but honestly it’s some of the most honest hot-rodding there is. Take an old car and make it faster and better…that is the goal, right?

Fair Winds: Cruising A Douglas DC-3 On A Transatlantic Flight Rooting Around: Rockbouncers In The Slop And The Steep In Kentucky!