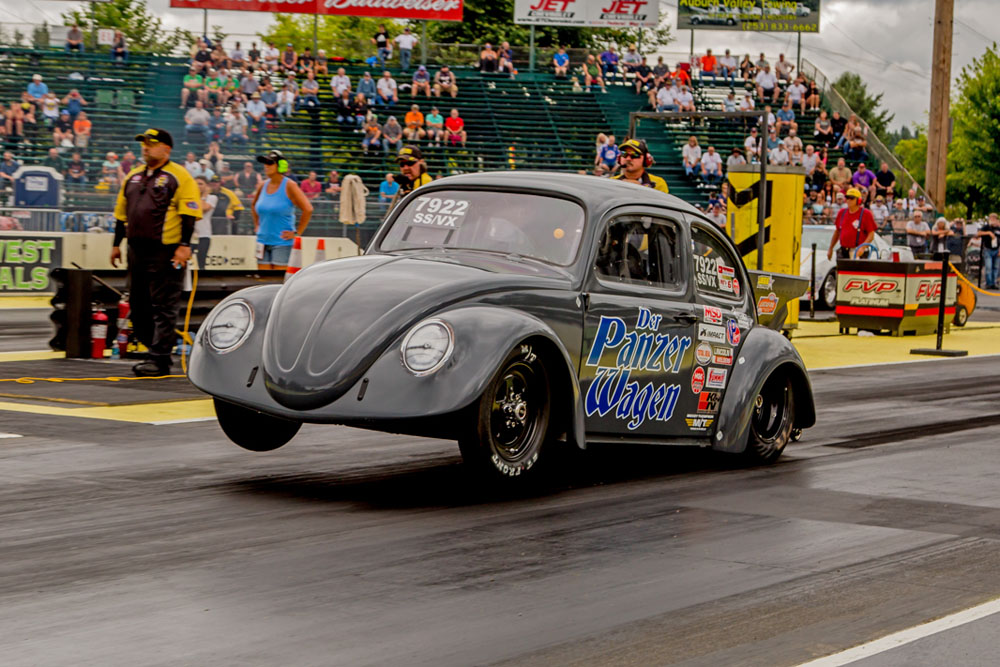 (Photos by Mike Burghardt) – While professional drag racing’s categories have been mechanically whittled down to the most favorable combinations that can win races, NHRA sportsman racing is still the land of diversity and cool stuff. From a four speed 1970 Buick GS in stock eliminator that had Jason Line’s attention all weekend to Doug Colley’s Super Stock VW shown in the lead photo, there’s always something neat to see. Hell, the little dragster you see below of Bryan Hyerstay uses a scratch built, all billet version of a VW flat four engine. No kidding. It rules.

Mike Burghardt was blasting photos all weekend and below you will find his favorite images from the hundreds of sportsman cars that populated the wooded confines of Pacific Raceways last weekend. Big time fun, real guy budgets, and Bangshifty coolness. What’s better than that?