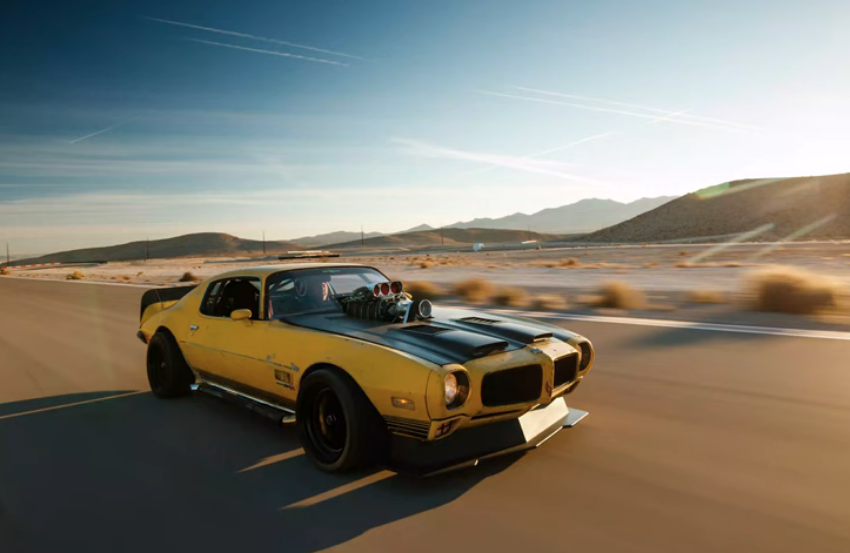 This car makes me happy, mostly because a couple of us have been talking about doing this with a 2nd Gen Camaro for a long time. I wouldn’t do it exactly this way, but I certainly can’t argue with the logic behind the parts choices in this one either. This is one of those builds that will grab attention because it looks cool, but once folks see what is below the skin they will be even more impressed because some serious work went into making all four wheels drive this beast. A blower on top of an LS engine is always an attention grabber anyway, but it kind of flies in the face of the other technology going on here. Or at least that would be the public perception. We’re pretty sure that this car would be a riot even if it wasn’t sorted out, but with some time on the track and on the road there is no reason this beast shouldn’t be handing some late model machines their asses.

I of course love the patina that is going on here, although I’m sure the car would garner even more attention with a slick paint job. But if it was mine I certainly wouldn’t care because being ugly and fast is kinda the coolest thing ever. Don’t you think?

We know that it takes more than a vision to make something like this come together and my hat is off to the build crew.

1987 Shelby Charger GLHS – The BangShift Pick Of The Iacocca Chryslers