Big Tire No Prep Street Racing From Ozark Raceway Park Had The Heavy Hitters On Notice! 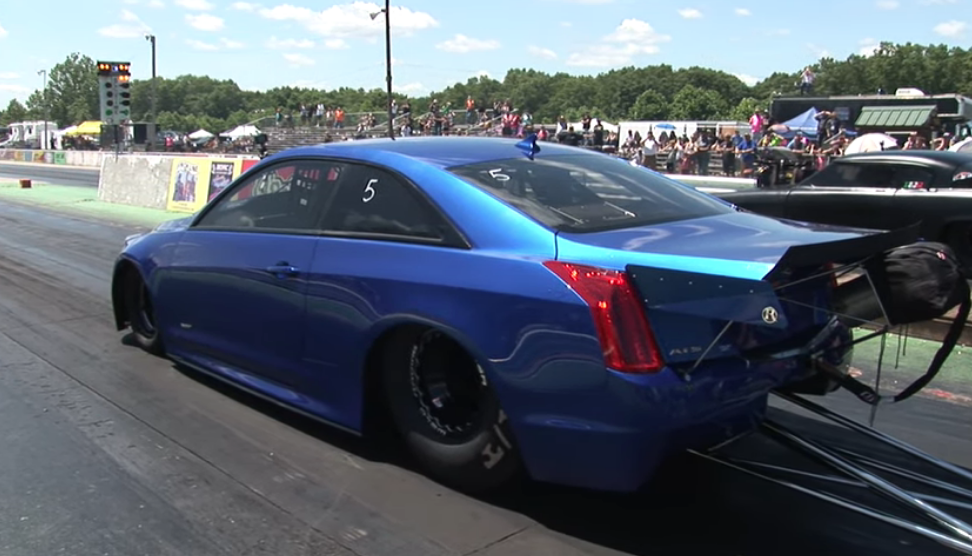 Big tire no prep racing has become more and more popular over the past few years as anyone who follows drag racing knows. But along with the growth of the events has also come more fame and notoriety for an entirely new group of racers. And those racers have gotten famous beyond belief which makes them a bigger target for local racers wanting to make a splash of their own. With his new Cadillac making appearances at events all over, Larry Larson is one of those big names everyone wants to take a swing at. Well this race at Ozark Raceway Park in Missouri certainly gave some folks a shot and the good ones took it.

The Cadillac is hauling ass and getting quicker and quicker each time out, but it is a new car and Larry has had to drive it like he means it on several occasions. This video shows him doing just that in the left lane as the car starts walking around near the top end. Larry reels it in and then lets it cruise out towards the wall before the finish line, but the car still looks smooth going down through there. But getting to say you beat Larson is something lots of people want, so were’ sure the guy in the other lane was thrilled with that win.

Watch the rest of the action here thanks to the guys at Urban Hillbilly Videos.

Cleetus Has Gone Coal-Rolling?! His Slammed Cummins-Powered Galaxie Hits The Strip For The First Time!