Well, will you look at that…we’re past the halfway mark on 2019! Which means that it’s the perfect time to celebrate the independence of the U.S.A. by blowing good-sized chunks in it, while your neighborhood brats are having bottle rocket wars and the one guy down the street is desperately trying to put out the newly-flaming tree in his backyard before anybody notices what the hell is going on. Grill you a burger or two, have a cold drink handy, and be safe this week! We want you to type those comments to us with all of your digits intact now, y’hear? You get the Big Box O’Boom broken down and ready to set up while we serve up some scraps from the news feed that deserved to be taped to the end of a Sky Rocket and blown up. Here’s this week’s Scrapple…enjoy! 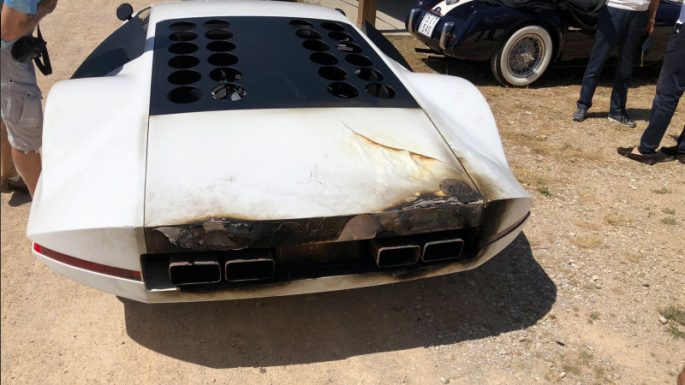 The good side of this picture is that the Ferrari Modulo concept car, the one that Scuderia Cameron Glickenhaus turned into a real-life, running and driving machine, has actually been out and driving around. The bad news? An Italian supercar will do Italian supercar things. In this case, the former factory concept turned one-of-one road car appeared to have a “spicy meatball” incident that left the tail of the car scorched. Bonus points to SCG: they’re still driving it around Monaco, even after a burp of flame. 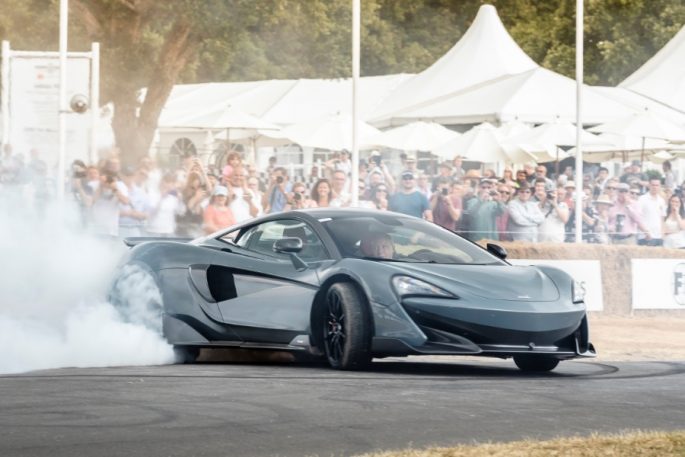 McLaren 600LT: 592 horsepower, 457 ft/lbs of torque, will 0-60 MPH in 2.9 seconds, will earn you felony convictions faster than your brain can process the immedate “holy shit, this thing’s fast!” line. We’d talk about the handling or top speed, but really all you need to know about the car’s speed is this: ten minutes after a British Columbia man took ownership of his copy, his new toy was being impounded by West Vancouver authorities after he got nailed for 161 k/mh (100 mph) in a 90 k/mb (56 MPH) zone. Total damage: $368 fine, points on the license, and a week away from trying that stunt again.

3. Still think this is a good idea? Really? 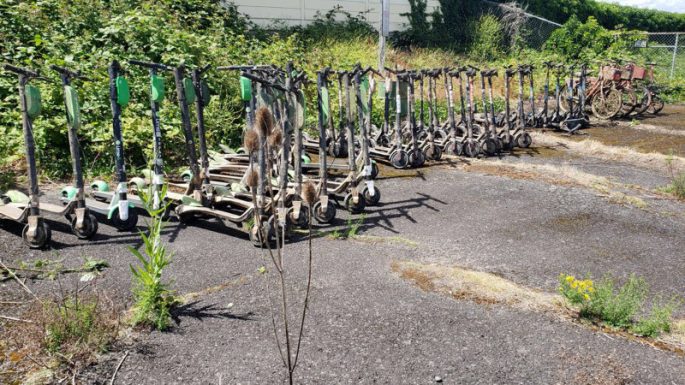 We make no effort to understand why anyone would look at Razor-like scooters as the perfect answer to public transportation issues in this country. But in several cities, startups like Lime and Bird offer E-scooters, which sounds like a new name for a vape pen, really. You rent them, you use them, and you are supposed to put them back…not drown them in the Willamette River near Portland, Oregon. Fifty-seven of the suckers were at the bottom and were discovered by police officers who were doing dive training.

Portland, Oregon: land of the bearded metrosexual who will cast off the chains of Big Oil by throwing battery-powered scooters into a nearby river. Pardon me while I go choke on the irony.

4. Siri, I’m gonna hire a geek to teach me how to choke you for this. 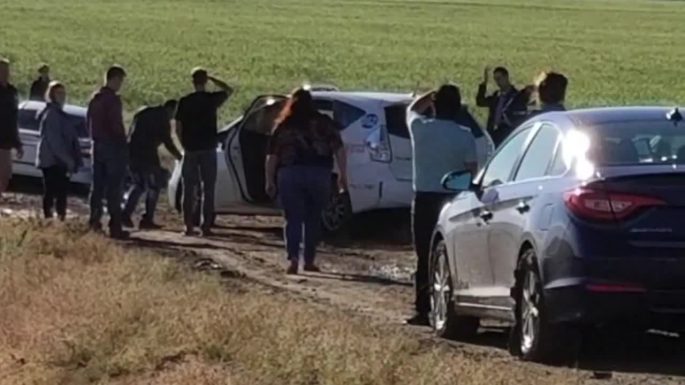 I won’t knock GPS…it’s a very useful tool, quite handy when traveling. The on-the-fly notifications like traffic jams and accidents are especially helpful. But you want to know what’s not helpful? When your handy-dandy map service routes you onto a single-lane farm road in the middle of Denver that is composed of mud, most of which would up stuck like Chuck in the quagmire after trying to avoid a crash on the main route to Denver International Airport. Whoops. 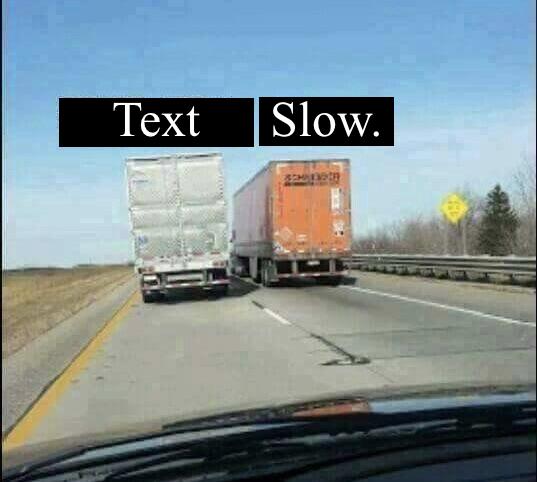 Hey, you know what would make life on the Interstates more hellish than it already is? How about limiting the top speed of semi-trucks electronically to 65 miles per hour regardless of location or situation.  The National Highway Traffic Safety Administration, is pushing for a regulation that has been in political hell for years. Their side: limiting speeds would save 60 to 200+ lives per year. Truckers oppose it, citing a speed differential between trucks and cars on the highway that could exacerbate traffic jams and actually increase the likelihood of crashes.