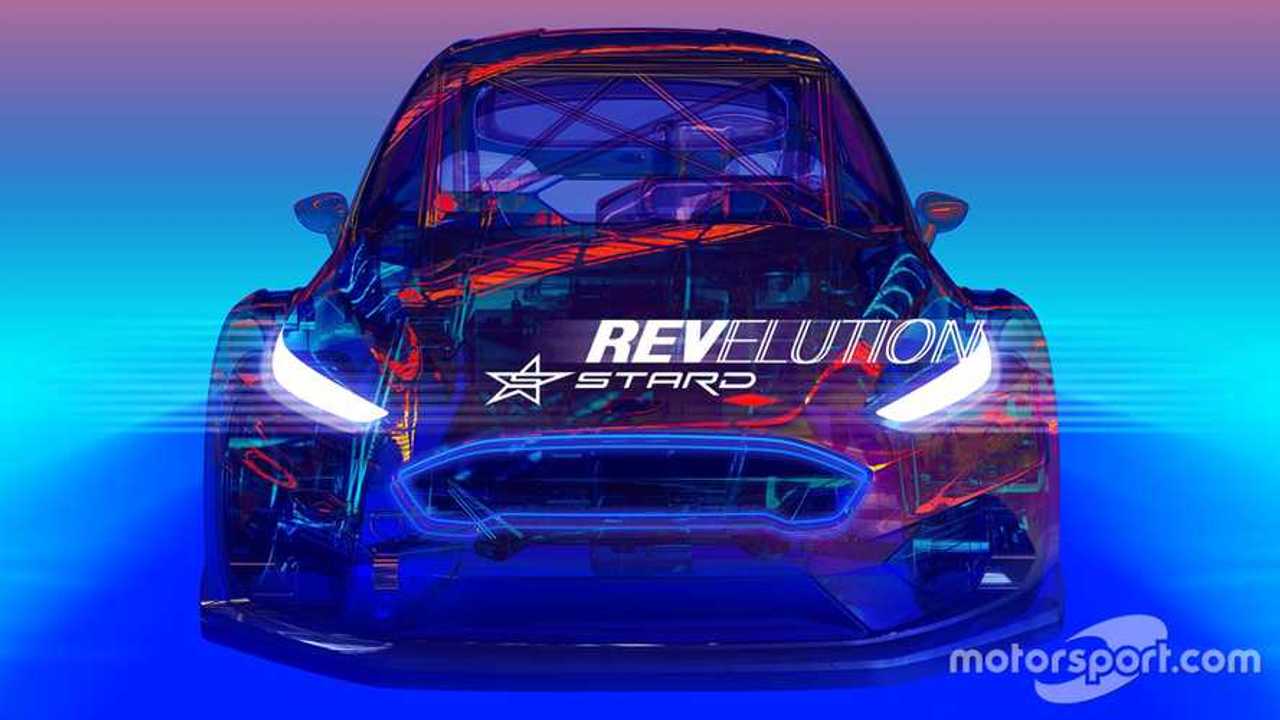 Branding the concept as an “electric development series”, running at selected European rounds of the calendar, IMG says the “underlying aim of Projekt E is to evaluate electric racecars in a World RX environment in accordance with the roadmap for electrification of the FIA World Rallycross Championship which was recently ratified by the FIA World Motorsport Council.”

Manfred Stohl’s STARD firm revealed in May that it will develop and produce the electric powertrain kits to convert steel-bodied Supercars to Projekt E specification, with the cars set to produce 450kW and 1100Nm torque.

The first machine, using the firm’s ‘REVelution’ powertrain system, will be based on the Austrian outfit’s current World RX Ford Fiesta Supercar and is set to be officially unveiled in September.

“We have been working with STARD on the future electrification of world rallycross for several months. We have now reached an important stage in the ongoing development of electric solutions for rallycross and in particular Projekt E,” said World RX managing director, Torben Olsen.

“Our technical collaboration with STARD on Projekt E is further proof of our commitment to future mobility and relevant technologies in rallycross.”