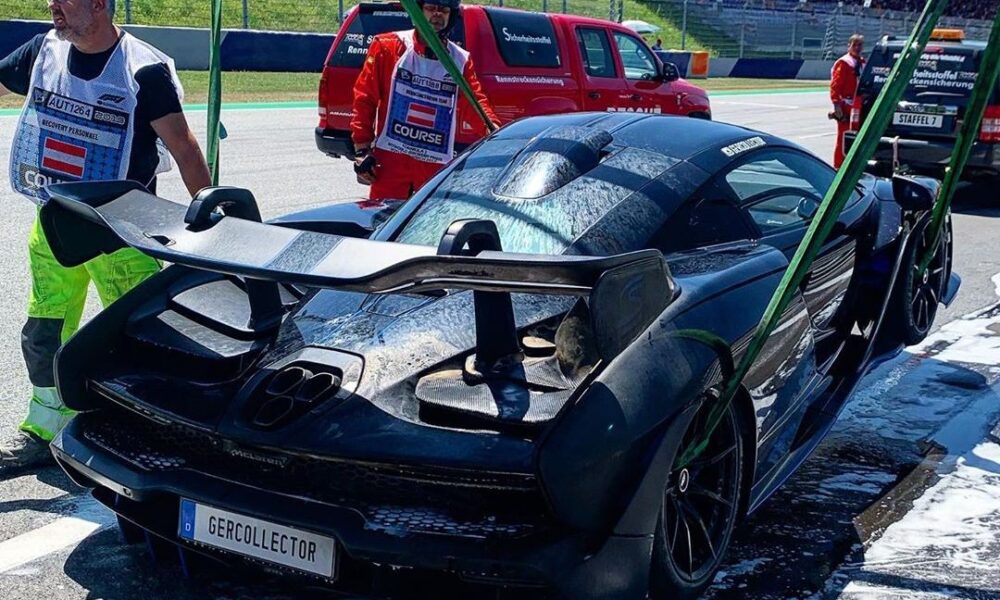 A McLaren Senna owned by Instagram user @gercollector caught fire during the parade lap of the Austrian GP.

The car was out on the track ahead of this weekend’s F1 race. Ex-Formula 1 driver Gerhard Berger was at the wheel of the Senna at the time. Fortunately, the marshals were quick to react and were able to douse the flames in time. Both the driver and passenger escaped unscathed.

The image shows the Senna sitting in a pool of fire retardant. The car suffered minor damage to the right rear section. The owner has said that the car will now be transported to McLaren for further investigation into the cause of the fire.

As you might know, this is not the first time a McLaren Senna has caught fire. Salomondrin’s Senna had gone up in flames in rather spectacular fashion on New Year’s eve.

Earlier this month, a McLaren Speedtail prototype was spotted with smoke billowing out of the engine bay. According to McLaren, when the test drivers noticed the smoke, they used the fire extinguisher as precautionary measure.