The SSC Tuatara was unveiled at Pebble Beach almost a year ago. Now, production of the new American hypercar has commenced and the first car is expected to be delivered by the end of 2019.

The SSC Tuatara is based around a carbon fiber monocoque with bodywork made from the same lightweight material. As a result, the car weighs just 2750 lbs. The Tuatara is designed to slice through air with the least amount of drag. It has a claimed coefficient of drag on 0.279. Active aerodynamics helps the car stick to the tarmac.

The Tuatara is powered by a 5.9-liter, twin-turbocharged V8 developed in-house at SSC. It was recently put on a dyno and the numbers were astonishing. The engine output peaked at 1750 hp on E85 and 1350 hp on 91 octane fuel. It uses a 7-speed automated manual transmission that is claimed to shift between ratios in less than 100 milliseconds. The car also has a Sport mode that drops the suspension by 4 inches.

SSC is yet to put out the official performance figures of the Tuatara. However, the company is aiming to achieve a 0-60 mph time of 2.5 seconds and quarter-mile in 9.75 seconds. The target top speed for the Tuatara is 300 mph. 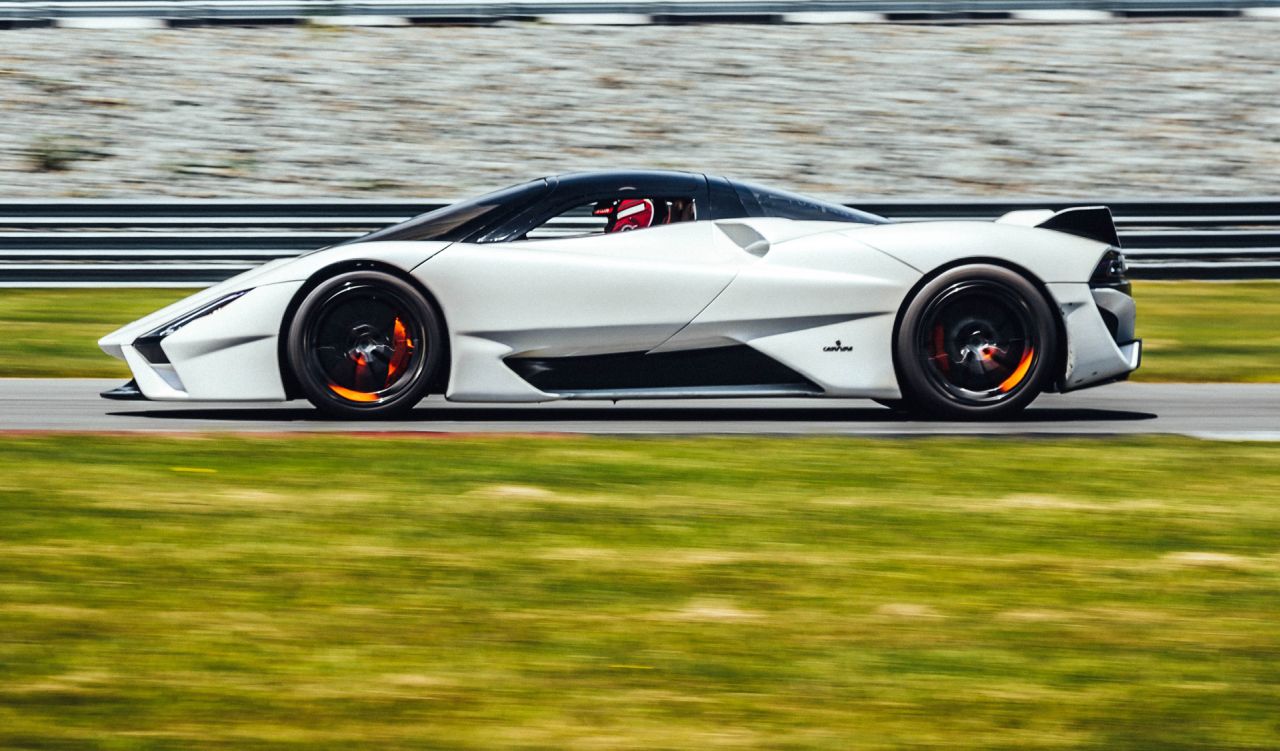 Apart from the Tuatara, Hennessey is also gunning for the 300 mph target with their Venom F5. Click here to read more about how the two American hypercars compare. On the other side of the pond, Koenigsegg is also building a 300 mph hypercar called the Jesko.