Autocross Special: A 1987 Merkur XR4Ti That’s Done! Are You A Fan Of Boosted Fords? 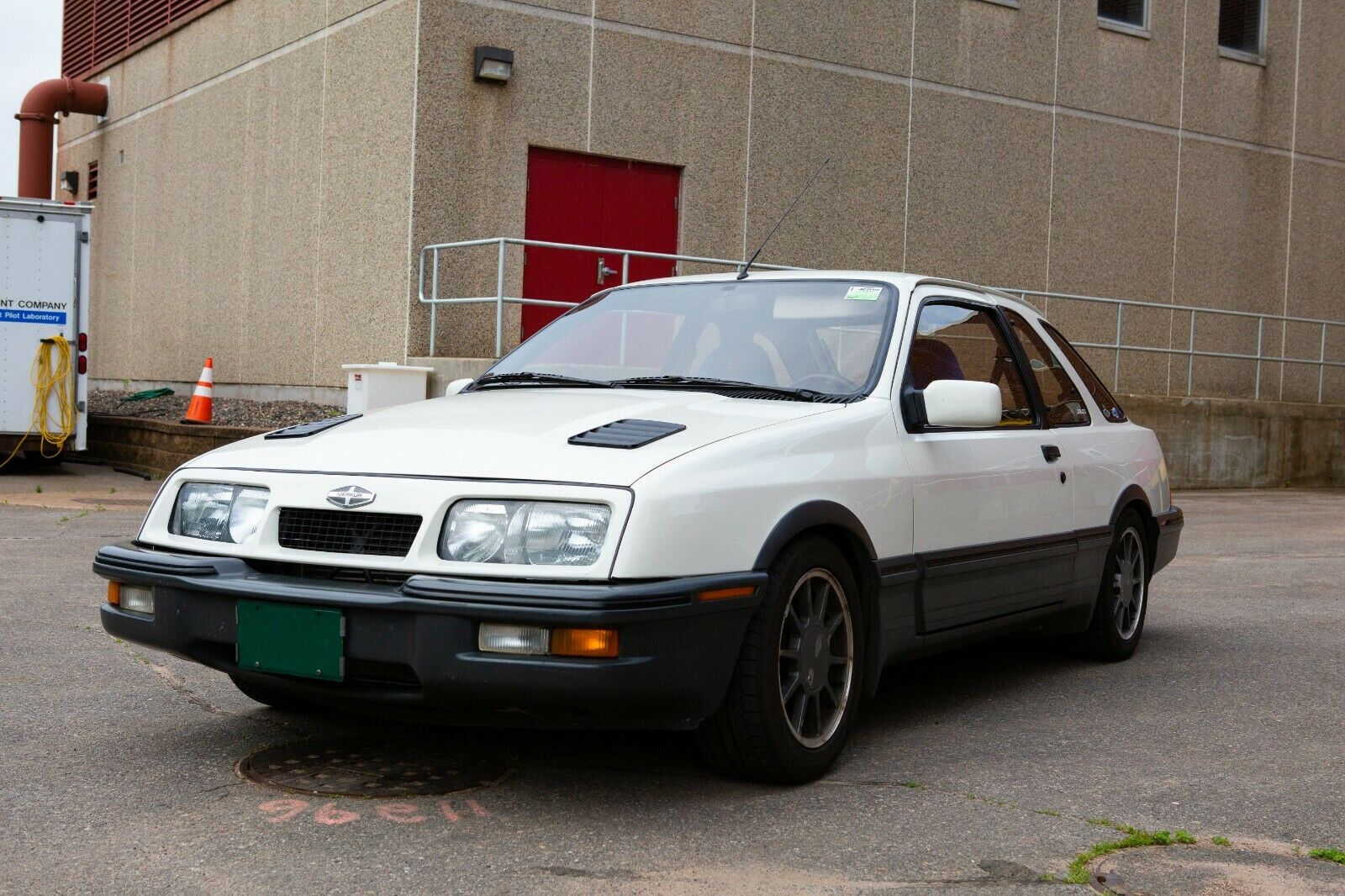 The entire duration of the Merkur brand in North America can be summed up in one word: “Why?” Bringing the Ford Sierra and Scorpio to the American market to try to compete with BMW, Mercedes and Audi is one thing. Ford was acutely aware that nobody who was shopping in those markets was looking at an LTD or a Crown Victoria. But to create an entirely new brand identity that left people questioning how to pronounce the word more than they asked about the car itself wasn’t a good move. Merkur wasn’t even that inspired…it was the German name for “Mercury”. Surely someone saw right through that and sent the company some interesting correspondence. Merkur has the distinction of being one of the shortest-lived brands of automobiles, only existing in the U.S. market for not quite four years. Ouch. 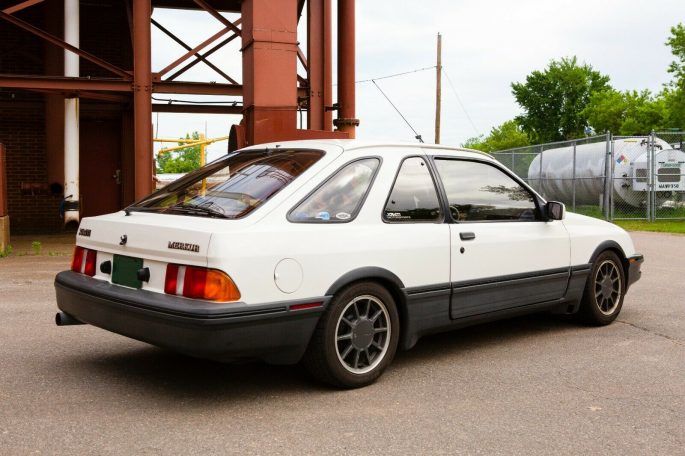 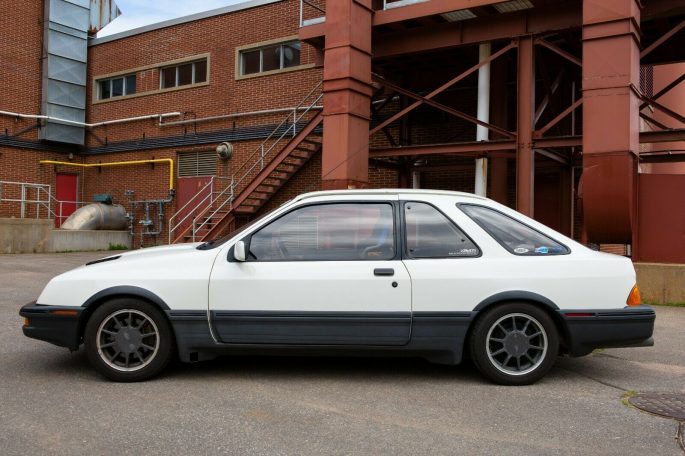 Thing was, the cars themselves were pretty notable. The Scorpio was a unique five-door hatchback that could be had with a five-speed manual (good luck finding one of those unicorns) but the XR4Ti is the one that we like the most, because the car itself seemed like the spiritual successor to the Mustang SVO: turbocharged four-cylinder, manual transmission and a penchant for corner-carving instead of straight-line acceleration. In stock form these cars made 175 horsepower if you checked the box for a five-speed manual, and we know that the 2.3L Ford loves boost. 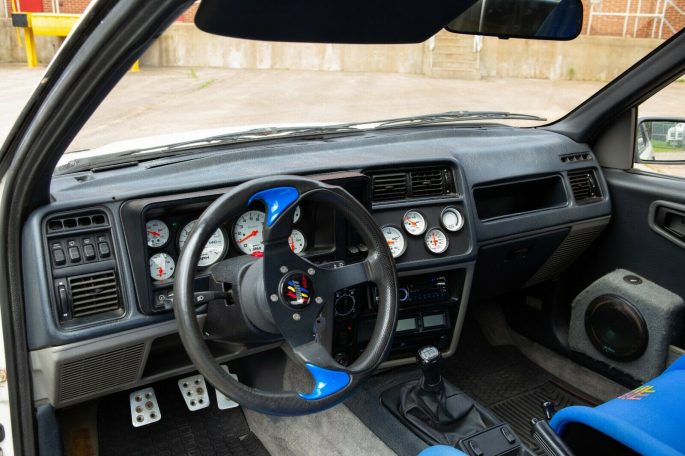 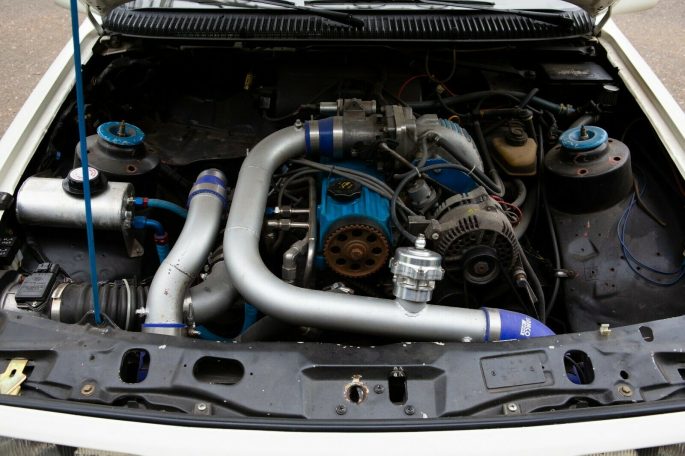 This 1987 example has a lot going for it: Cosworth RS body parts, AVO and Koni suspension parts, a mixture of Thunderbird Super Coupe and Contour SVT calipers and rotors, the radiator from a Saab 900, an MAF conversion, the intercooler from an Isuzu NPR, the throttle body from a 5.0 Mustang, a camshaft from AMS, the limited-slip differential from a Sierra Cosworth, Autometer gauges, and yes, there is still plenty to go along on this list. You can even potentially score some extra spare parts to go along with the sale if you play your cards right! The only thing we don’t see is the unique bi-plane wing…and honestly, we don’t miss it here.

You’ll forever explain to others what it is, but when you drive it you won’t mind…that much. 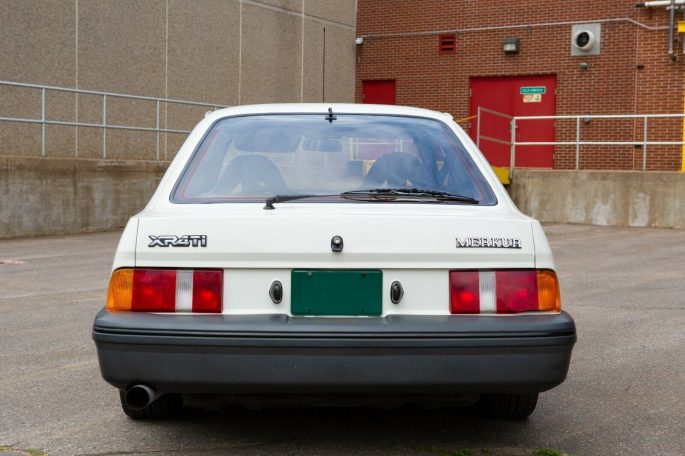 This Barn Find Camaro Hasn’t Run In 21 Years. Will It Fight, Or Will It Fire And Run? This Is Our Kind Of Car Art. Watch UrchFab Put Together Something Cool For The Shop