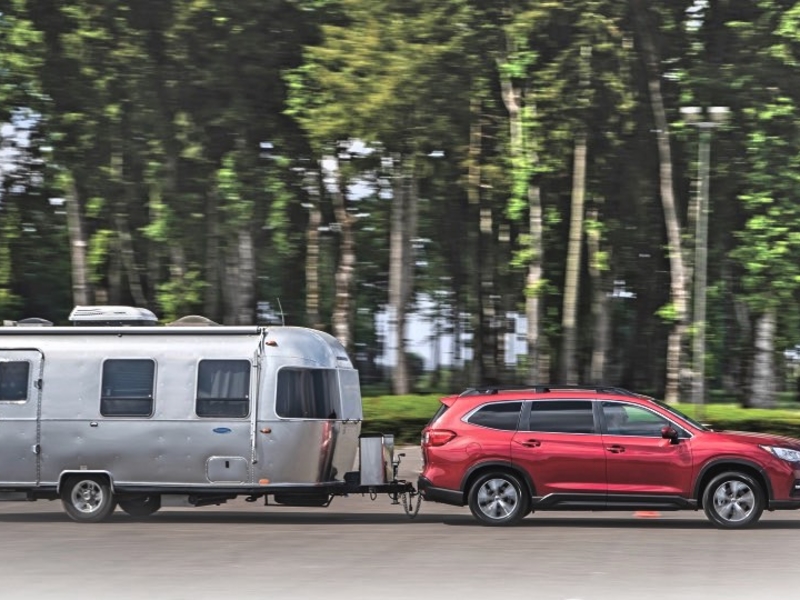 Subaru of America wanted the Ascent to outshine the brand’s last three-row crossover, the Tribeca, and Subaru believes that’s happening.

The brand sold 69,305 Ascents in the first 12 months, a stark difference from the Tribeca, which sold just 76,774 units in its near-decadelong production run that ended in 2014.

For all that the brand misfired on with the Tribeca, including its size, power and looks, Ascent sales suggest that Subaru is onto something in a segment it had vacated for four years.

“It’s much larger. It’s comfortable,” TJ Mendiola, general manager at Hodges Subaru in suburban Detroit, said of the Ascent. He said the crossover’s towing capacity of 5,000 pounds is also a draw to buyers.

“You’re talking about small campers, boats, trailers of any kind,” he said.

The Tribeca had a small following for its edgy styling. But Ascent bests it in nearly every measurable specification. It has more horsepower and torque. It has a longer wheelbase and overall length, plus more interior space and cargo volume.

During the Ascent’s development, Subaru of America product planners sent American-sized baby strollers, coolers and child seats to Japan to make sure they would fit in the Japanese-designed crossover. Size and usability were priorities, because the Ascent would be pitched to families in the marketing campaign.

“Ascent’s a critical model for us going forward and it’s been a critical model over this last year,” Subaru of America CEO Tom Doll told Automotive News. “When you look at the sales report, it just opens up a whole new market for us, that family market that we were really unable to penetrate because we didn’t have a seven- or eight-passenger vehicle with all the utility that those customers were looking for.”

The Ascent gives Subaru a chance to retain family shoppers. The growing segment has new entrants from Kia and Hyundai, on top of established offerings from Ford, Toyota, Nissan and Chevrolet.

But adding the three-row crossover filled the biggest hole in Subaru’s lineup. And, Mendiola added, not having a family-sized vehicle went against what the automaker is all about — the outdoors and family activities.

“We were losing a lot of people to the minivans, Ford Explorers and GMC Acadias,” Mendiola said. “The Ascent came through, albeit probably far later than Subaru originally wanted, but now we do have that.”Doll knew firsthand what it was like to be out of luck shopping for a bigger Subaru.

“When my kids were growing up, we either had an Outback or a Forester and we made do,” Doll recalled. “But there were many times we wished we had a minivan or a larger SUV because they wanted to bring their friends and gear. The Ascent solves all that.”

Ascent production fired up a year ago in Indiana, where the Tribeca also was built. In the Ascent’s second month of sales, Subaru sold 4,589 of the vehicles, an addition that kept the brand’s monthly year-over-year winning streak in play. Through May of this year, Subaru has achieved 90 consecutive monthly sales increases.

The Ascent has become Subaru’s No. 4 seller behind the Outback, Forester and Crosstrek.

“It’s adding a nice layer of volume on top of their existing products that were starting to feel the heat from the competition,” said Jeff Schuster, LMC Automotive’s president of global forecasting. “It’s a product area they absolutely needed and certainly consistent with where the brand is.”

Subaru sold 7,509 Ascents in May. Doll said the brand likely could have sold more if it had the inventory.

“I can’t tell you what the top is for Ascent because we haven’t really had the inventory levels to press it,” Doll said. “Could we get to 10,000 a month? Yeah probably. We just don’t have the inventory to get there, which is good because in our business, one less is always better than one more, although I’d like to have a few more.”