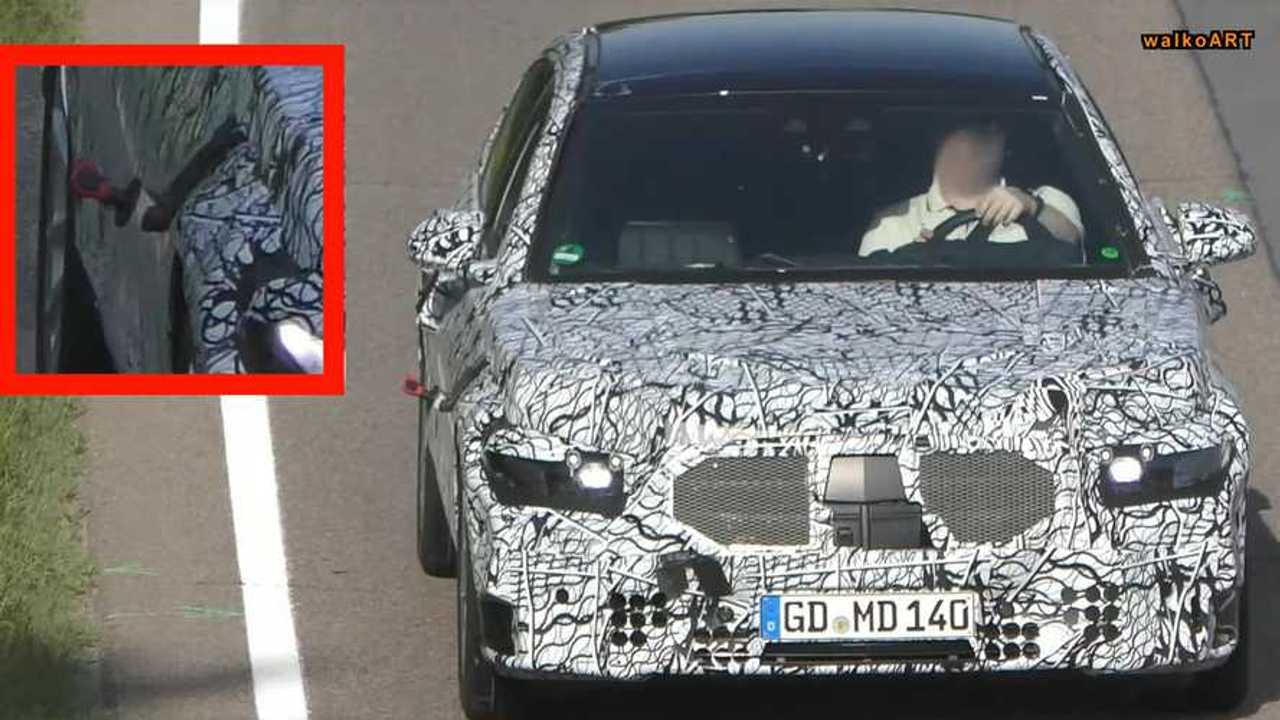 Could this be something related to the autonomous system of the car?

The next-generation Mercedes-Benz S-Class development continues as yet another prototype is caught testing on public roads. The location is the same as in the previous spy video from earlier this week, but the test car is different. And it raises a very interesting question – what’s this little red thing on the right side of the luxury sedan?

We watched the video several times and tried to identify the object. Our assumption is that this is some kind of a temporarily camera or sensor linked with the vehicle’s autonomous capabilities. We can’t confirm anything at the moment but that’s one good explanation given the current S-Class self-driving functions that should be expanded for the next-gen model.

The prototype we featured on June 25 didn’t feature this little device and, in fact, no previous trial car of the S-Class had it. This test car still has the weirdly shaped consoles that are mounted to the front and rear doors but we assume Mercedes is just trying to fool us about the actual shape and size of the door handles – something we know pretty well already.

Other than that, this car looks just like any other S-Class prototype. It has a heavily camouflaged front end with some fake body panels attached to the hood and non-production taillights. These appear to be the production headlights but we can’t tell for sure at this point.

At the front, there’s a massive radar cluster on the radiator grille and a few smaller sensors integrated into the bumper. Some of them are just parking sensors, but others are probably part of the self-driving system this car has.

Interestingly, some of the comments under the spy video suggest this prototype is actually a plug-in hybrid but, honestly, there’s no evidence that this is indeed the case. We don’t rule it out but can’t confirm it yet.