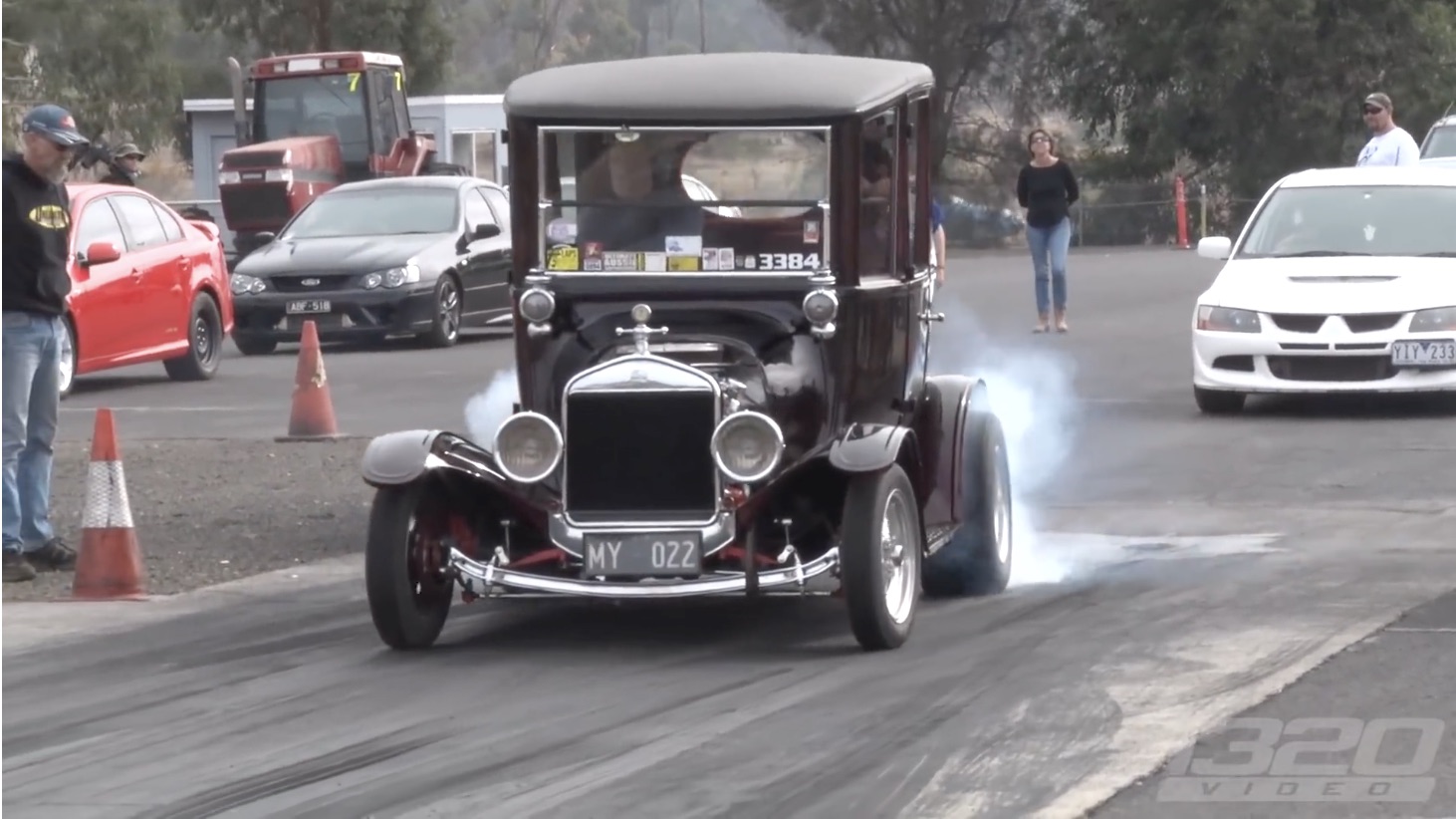 Just saying “Ford Model T” conjures up black-and-white images of old Tin Lizzies with wood-spoke wheels and tires only slightly wider than what you can buy on a mountain bike today chuffing and popping down a dirt road somewhere in America. The T wasn’t quite Genesis for the automobile, but it was still early enough in the history of the motorcar that you saw items like crank starters and body shapes that had more in common with stagecoaches than anything even remotely modern. Popping along with a 2.9L four-banger cranking out all of the horsepower of my lawnmower’s engine, the Model T was influential to the world of the automobile…mass production, affordable cost, and worldwide reach all are trademarks of Ford’s first major hit.

In 2019, a Model T Ford is always a historic surprise. A Model T on the racetrack is more than a surprise…it’s a jaw-dropper, especially if it’s a real body. Noel Inman’s car isn’t a real-deal car…it’s a fiberglass shell…but there is no shame in it when it runs like his does. With a 302 Ford that’s hitting the bottle, a C4 automatic, a Jaguar IRS rear suspension, a curb weight that is around the 2,700 pound mark, and air conditioning of all things, this center-door variation of the Model T shape will get down and boogie. What kind of times does it run? If Inman isn’t bothered, you shouldn’t be either. Just know that he’s more than happy to stick a Yank packing a camera around in the passenger seat just to see if he can fling him to the backseat on the launch!