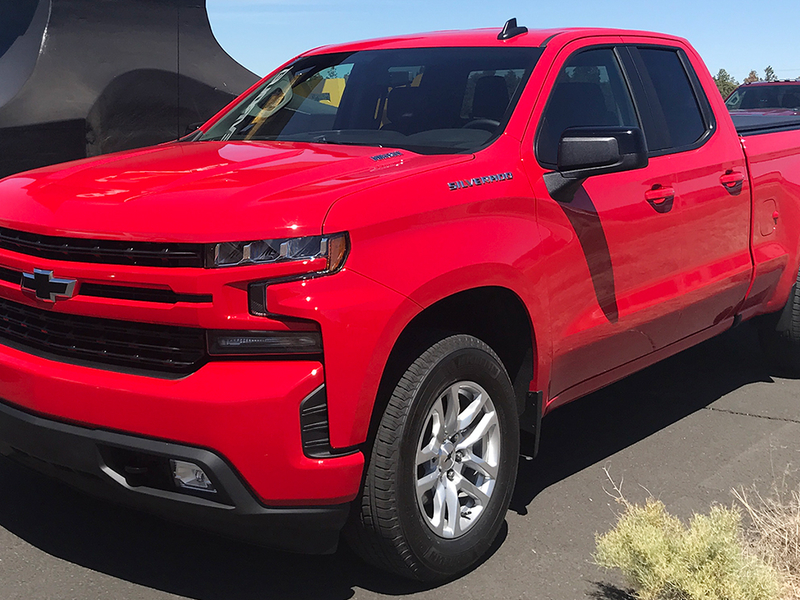 BEND, Ore. — Heating up the sales race between the Chevrolet Silverado and Ram pickups this year will be a battle to wrest away the Ford F-150’s fuel economy crown.

A year after Ford Motor Co. became the first automaker to release a light-duty full-size pickup with an EPA-certified 30 mpg in highway driving, General Motors and Fiat Chrysler Automobiles are expected to raise that bar again.

The automaker released the results — collected from testing at the Indianapolis Motor Speedway — last week after FCA announced a redesigned EcoDiesel V-6 engine that it said would probably lead the segment in fuel economy and offer segment-leading torque of 480 pound-feet.

GM didn’t dispute FCA’s claims and declined to comment directly on the expected fuel economy ratings of its diesel pickups.

The internal results are based on a controlled environment but give a glimpse at the potential of GM’s new engine to achieve more than 30 mpg highway — a feat once considered a moonshot for a pickup.

GM’s diesel engine is expected to be available this fall in the 2020 Silverado and GMC Sierra 1500 models. It is rated at 277 hp and 460 pound-feet of torque. FCA’s EcoDiesel — expected to become available in the fourth quarter — will offer 260 hp.

Herrick said the EPA rating for GM’s pickups should be released soon.

“We’re just in the final certification for this,” he said last week during a media drive in Bend, Ore. “This will be a number that’s extremely impressive.”

“You’re going to be shocked when you see the fuel economy of that product,” Engle told Automotive News this month. Reuss, before Ram’s announcement, said the diesel engine would be the “standard of the world” in terms of fuel economy.

During media testing last week of the diesel-equipped Silverado, many drivers achieved more than 40 mpg on a roughly 15-mile loop when challenged to maximize their fuel economy. Others reported around 30 mpg.

The diesel engine is expected to account for roughly 10 percent of Silverado sales, according to Sandor Piszar, Chevy’s truck marketing director.

The diesel model is one of several additions and changes intended to boost the pickup’s sales a year after the company launched a redesigned version of the Silverado and its GMC Sierra sibling.

Silverado sales are estimated to be down 12 percent through May compared with a year earlier, to fewer than 210,000, according to the Automotive News Data Center. The results have been affected by the pickup’s launch cadence as well as increased competition, particularly from the redesigned Ram, which has outsold the Silverado in nine of the past 10 months.