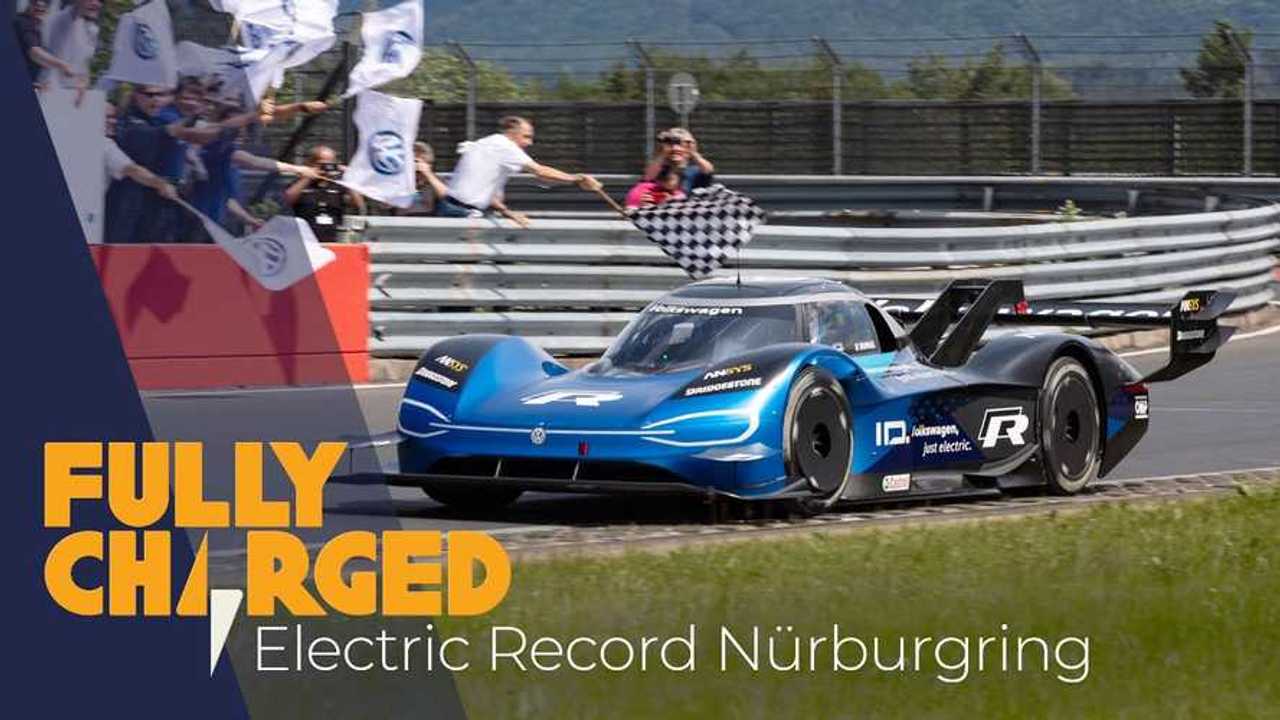 Volkswagen I.D. R was equipped with “over 40 kWh battery” and consumed most of its energy in 6 minutes

The Volkswagen I.D. R‘s bold record at the Nürburgring Nordschleife on June 3 recently received from Fully Charged the coverage it really deserves.

Jonny Smith, in a talk with VW Motorsport Technical Advisor Willy Rampf, learned that the battery capacity of the I.D. R was “over 40 kWh“. The energy consumption must be huge as we assume that the battery was deeply discharged in just over 6-minutes (probably around 2 kWh/km or over 3 kWh/mile).

To drive faster, racing EVs need to get more energy dense batteries to lower weight/add more kWh for use.

Soon, a special sprint version of the I.D. R with smaller and lighter, high-power battery pack will race at the Goodwood Festival of Speed (4 to 7 July) where distance and speeds are much lower.

A testing day in May, followed by the record attempt on June 3 saw the modified 500kW 680PS ID.R (the car we featured breaking the record at the Pikes Peak hill climb in Colorado last year)

Even more impressive was the 206km/h average speed over the notorious 73-turn 20.8km long Nurburgring-Nordschleife.

The demands of this circuit on an EV were totally different to that of the high altitude Pikes Peak, hence why the battery management system and aerodynamic bodywork were changed (less downforce, more top speed) for VW’s somewhat local challenge.

This video follows the e-record and how the Volkswagen Motorsport and Bridgestone tyre teams worked closely in order to add another accolade to their EV flagship that is spending 2019 trying to set numerous new records. #challengeacceptID