Holley Hot Rod Reunion 2019: CACKLEFEST! Our Final Gallery From The Gathering In Kentucky 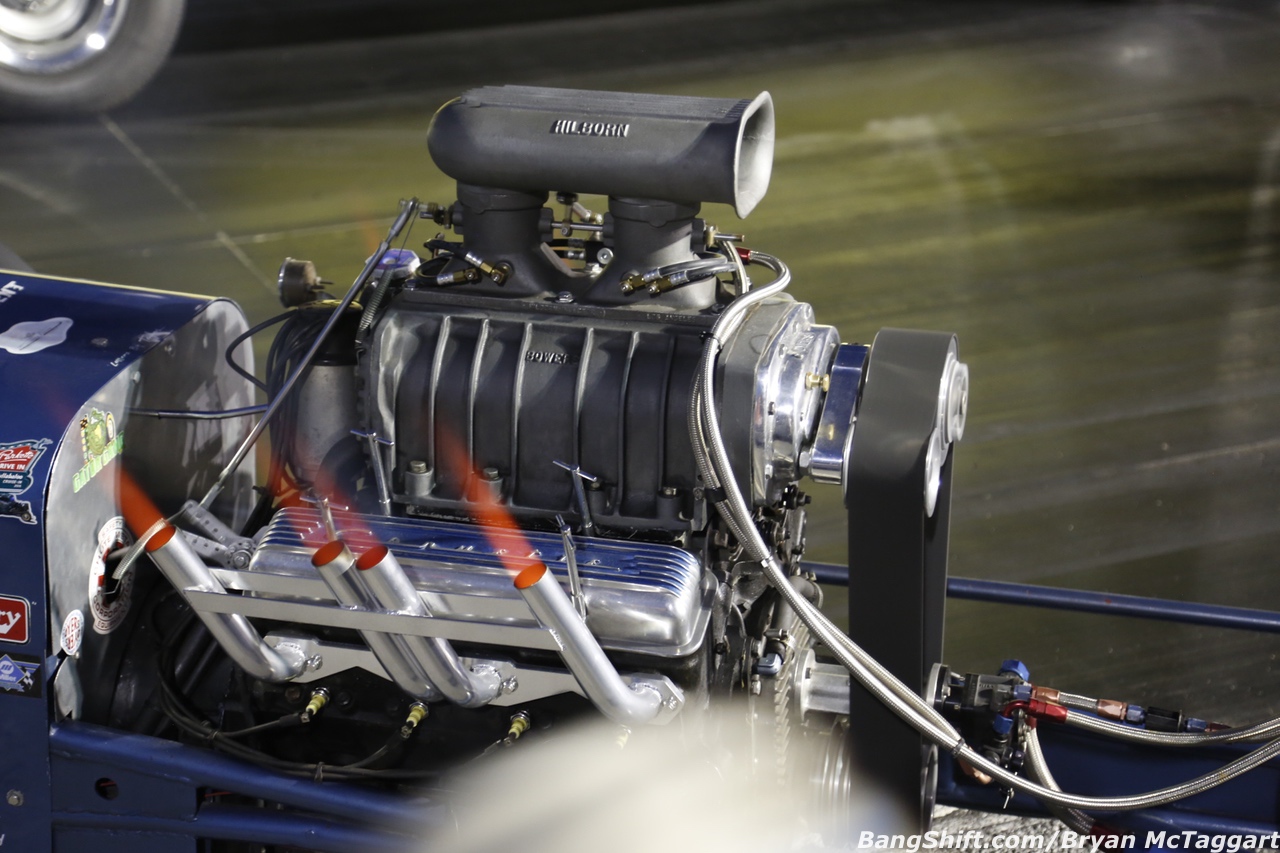 The races are done, the sun has disappeared below the horizon, and there is a newfound heat in the air that hadn’t been there before. The silence is just about deafening. The crowds are packing into the stands, butting up to the fences, finding any kind of space that will allow them to see the final act of the 2019 Holley Hot Rod Reunion. For days, the action has been centered around drag racing and the show car fields. Lap after lap, win after win, the beat went on. But the beat stops at sundown on the final day. The beat stops, and the fire takes over.

First up is the jet car. Larsen Motorsports have come up from Florida with two jet cars, but only one will make the final pass. The rig is DeWayne Hill’s “Dominator”,  an 1,145 pound rail that is packing a General Electric J-85 turbine in the back. Elaine Larsen will be the driver this evening. She’s no stranger to jet cars…she’s been in the game for years and is a consummate professional when it comes to driving a hybrid of all of the fun parts of a dragster, a jet fighter and a Roman candle. As the ticking from the otherwise silent dragster indicates that it’s going to get very loud, very soon, my love of the flightline and my addiction to the smell of burned jet fuel flare up. The Dodge dually makes it’s way down the track and soon, it’s go time. Licks of flame blast out of the back of Dominator, swirling the smoke into a vertical hurricane. The asphalt that had been soaked down is quickly drying up as she goes into full torch mode. Every blast, another roar from the back of the dragster, another volley of fire. Then, the turbine spools up and it’s no longer dragon’s breath from the back, but the quick, sharp pops that push the digger forward a couple of inches at a time. Inside the timing tower, it sounds like a sonic boom each time she pops off the afterburner. Then she stages, lights the tree and with a trail of concentrated hellfire jetting straight out of the exhaust, she’s gone with a noise that sounds like she’s tearing the horizon off of the earth.

The crowd is now awake.

With the final bits of green from the trailing twilight disappearing, the final act of Cacklefest begins as nitromethane-fueled machines from the past (and those emulating the past) are brought around in a parade. Those that can self-start are parked on one lane of Beech Bend, while those that require push vehicles are towed down to the far end of the track and turned around for the push back up to the Christmas tree, where they will park. After introductions have been made and cars have been staged, the countdown commences: three, two, one! And for the final time, Beech Bend becomes the land of noise. From each dragster and each funny car, blips of fire from the headers. Cameramen run around like they hadn’t before all weekend, trying to get the perfect shots of the dancing flames while being cautious to not get a face-full of nitro exhaust. As the parked cars heat up and shut down, the pushed cars start pulling into their parking spots, engines already thumping, headers glowing. The spectacle is over in minutes, but it seems much longer as the camera shutter flashes in the hope that one of these hundreds of photos is gold. Finally, the last car cuts the fuel feed and revs out before going silent…and the crowd erupts and floods out onto the asphalt. Thus concludes the Holley Hot Rod Reunion for 2019. We’ll see you next year, promise. 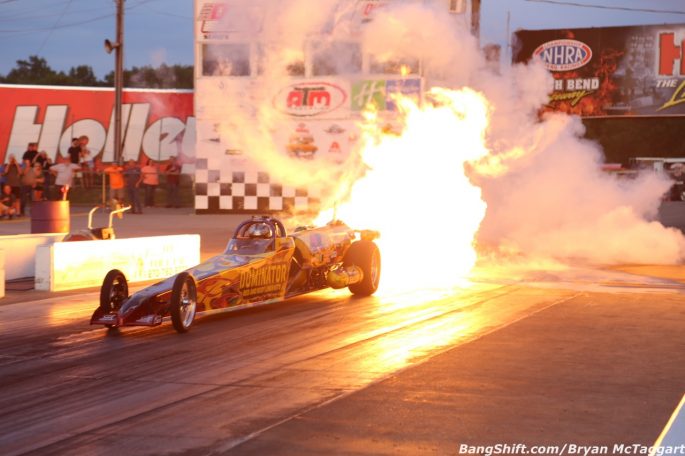