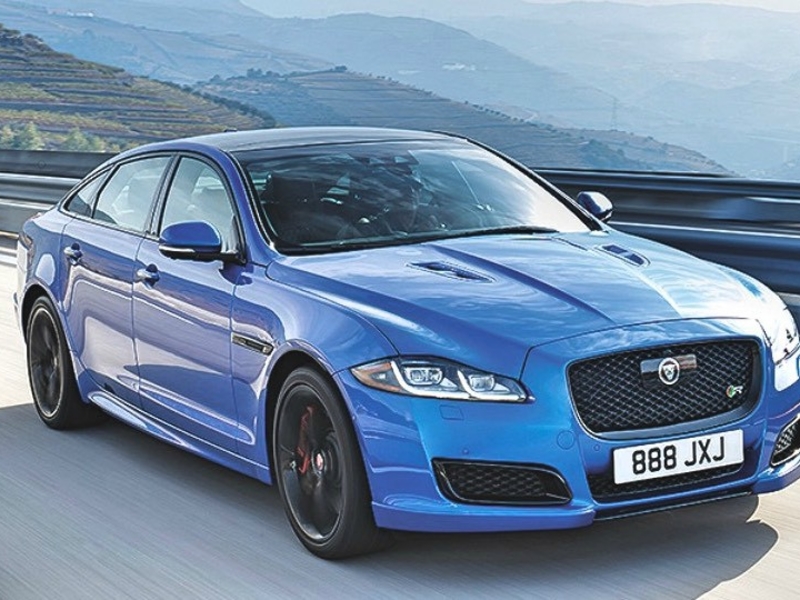 Jaguar Land Rover will launch its new electric-capable modular platform in a “large SUV and a large premium sedan,” the automaker said at its investor day held earlier this month.

The large SUV is expected to be the new Range Rover, due in 2021, while the large premium sedan will be the replacement for the Jaguar XJ, reportedly arriving next year.

The so-called Modular Longitudinal Architecture, or MLA, can be adapted for pure electric, plug-in hybrid, and mild-hybrid drivetrains. The lightweight platform will eventually replace the five platforms the company currently uses.

The Jaguar XJ will launch first as an electric model with six-cylinder gasoline versions following later in the model cycle, a source close to the company said.

Electric cars using the MLA platform will have a battery size of 90.2 kilowatt-hour to give a range of up to 470 km (292 miles), Rogers said in the presentation. The electric XJ would rival the Tesla Model S as well as the upcoming Porsche Taycan sedan and Audi’s e-tron GT, due in 2020.

Jaguar took an early electric lead among traditional premium automakers when it launched the Jaguar I-Pace electric SUV late 2018. However, the I-Pace platform was created as a one-off and is unrelated to the MLA. The I-Pace is built by Magna Steyr at its contract manufacturing plant in Graz, Austria.

JLR will begin building cars on the MLA platform at its plant in Solihull, central England, suggesting the XJ will not return to its current Castle Bromwich facility. Jaguar will cease production of the current XJ next month.

The new Range Rover will be quickly followed by the Range Rover Sport on the same MLA platform. Both will have plug-in variants and at least one of Range Rover’s four nameplates will have a full-electric option, the investors presentation showed.

The 2021 rollout for both cars was confirmed by outgoing JLR CFO Ken Gregor on the May results call.

Flexible architectures such as MLA save money compared to building a separate platform for a pure-electric car, but also bring compromises. For example, the need to incorporate a combustion engine means engineers cannot extend the cabin too much further forward to give passengers more space, something that is easy to do on a platform designed just for electric cars.

Jaguar’s outgoing head of design, Ian Callum, expressed doubt that JLR would be able to put every future car on one platform. “We are moving to MLA yes, but that won’t be the only platform,” he told Automotive News Europe. “It would be mad not to evolve the I-Pace platform. It’s not the least expensive platform in the world, but the first platform is inevitably going more expensive than the next one.”

JLR is currently in the middle of a cost-saving drive after posting a record 3.6 billion-pound ($4.6 billion) loss for the financial year ending in March, after plummeting sales in China forced a large writedown in the third quarter.

JLR CEO Ralf Speth promised better results in 2020 on an earnings call in May, but warned of continuing losses for the quarter ending in June.