Hilarious Drag Racing Video: Stevie Fast As The Roadrunner Is Beyond Brilliant 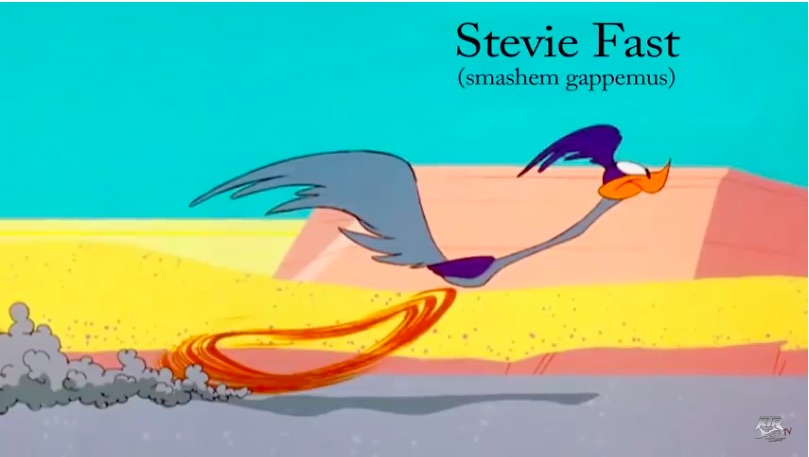 This legitimately could be the most creative drag racing video we have ever seen someone plug up on YouTube. If you follow the NHRA pro modified class you know that Steve Jackson has been letting it fly over the last couple weeks with regard to his thoughts on the turbocharged cars in the class. He had a situation boil over with Alex Laughlin in Bristol that saw him refer to, “piece of shit turbo cars” in his top end interview. He has vowed to “smash ’em all” which is what we’d expect from the guy leading the NHRA pro mod points coming into Norwalk this weekend.

Showing that he’s not all talk and no action, Jackson has released this video which, between the road runner cartoon and the ending segment could be the best two minutes of your day, especially if you are into pro mods. Even if you are not into pro mods, this is still a great piece of video for anyone who digs drag racing.

To us this is exactly what the sport needs a load more of. There’s a devil-may-care attitude about this that personifies the sport in its best form. Watch!