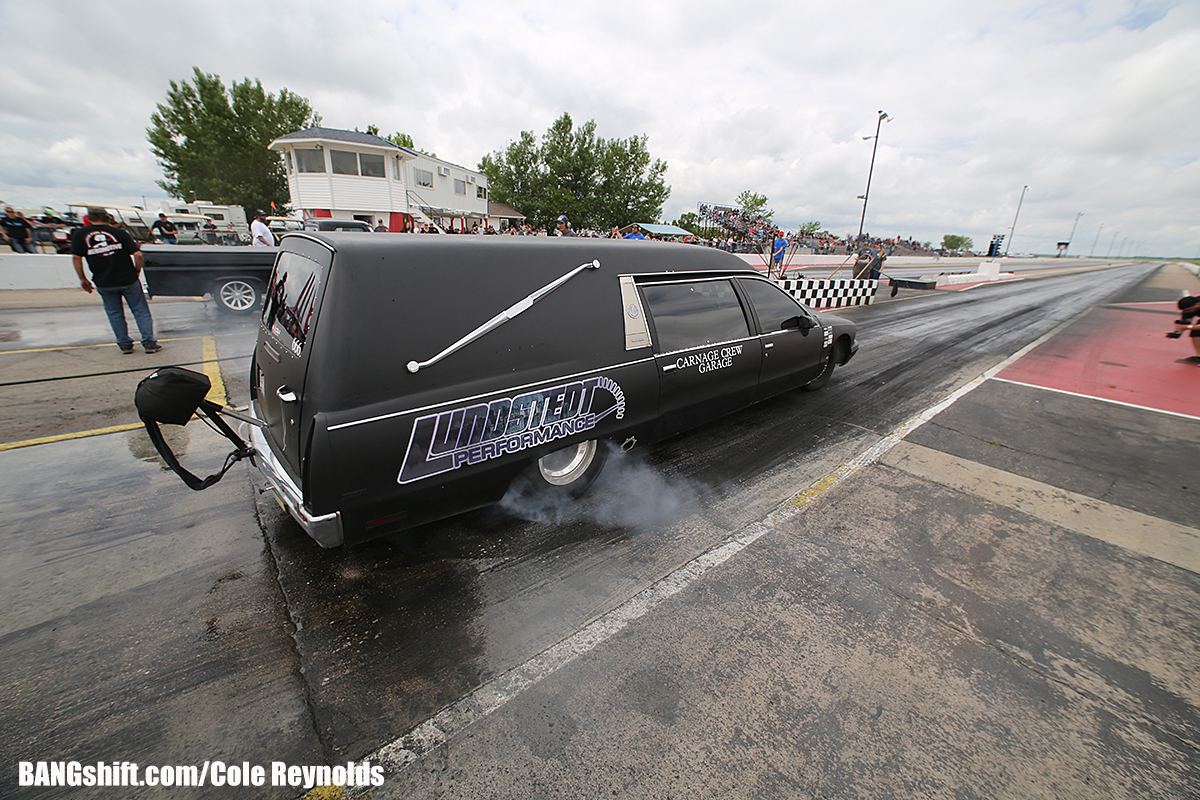 Chad and Cole have been out on the road living the drop-top life in Chad’s 1969 Camaro as part of the rolling convoy of killer sheet metal that is composing the 2019 Rocky Mountain Drag Week. They’re endured elevation, storms, and the joys of driving across Nebraska and for their reward for making it this far, they got to blast down the track at Kearney. They don’t get a break before the next road trip…once they were done with their passes, they had to pack up and hit the road towards Julesburg, Colorado and the oldest NHRA-sanctioned dragstrip for day six (which is where they are at right now). Following that, they will press on to Pueblo and finish up the last of Rocky Mountain Race Week.

After their long travel day through Colorado and Nebraska, the RMRW fleet wound up at Blueprint Engines before retiring for the night. The next day, those that could hit the strip to make their number. How many cars do you suspect just ran the track, got their slip and immediately hit the road back west?

If you missed our last RMRW gallery, CLICK HERE to check it out! 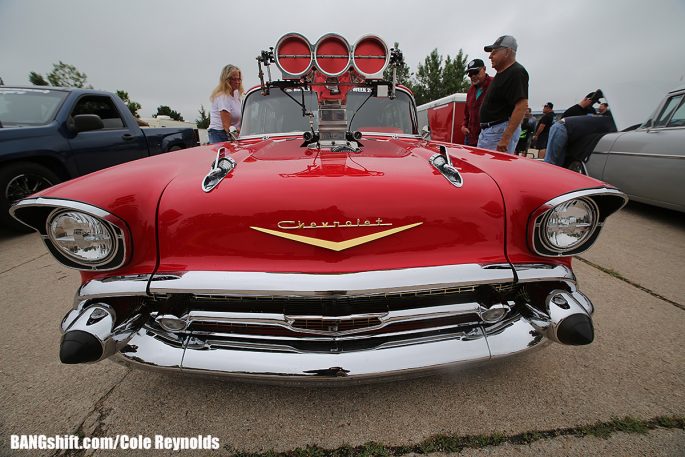