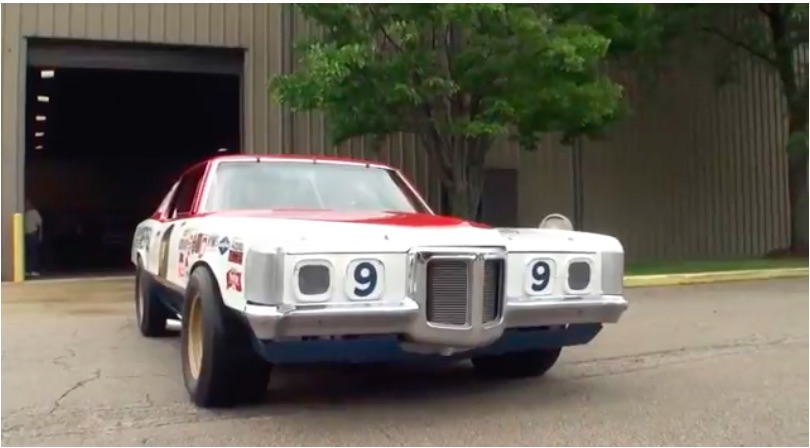 A man named Roy Tyner is about to be your new racing hero. He was the guy that commissioned the construction of and then raced a 1969 Pontiac Grand Prix NASCAR stock car. This thing was a freak in an era of wide open competition and that is saying something.

This was the only 1969 Pontiac Grand Prix NASCAR racer we know ever existed and ol Roy did it right. Power comes from a 428ci version of the famed (and insanely rare) Ram Air V tunnel port engine. The transmission was a three speed manual. The car was weirdly equipped with power windows in the rear. The stock switches look pretty odd mounted in the otherwise stripped out and roll cage enhanced gut of the car. There’s a little deck lid spoiler, those big wide steel wheels that were the hallmark of this era of competition, and the Native American chief logos on the door, representing Tyner’s heritage.

How did this car do? Well it ran 31 races in its life and exploded 10 Ram Air V engines. Keep in mind they only made a couple hundred of those, period. We’re guessing no one mangled more rare Pontiac stuff on a track than Tyner did. That’s not mocking the guy, those engines had heads that loved 7,500rpm and rods that didn’t. Not good math.

Our favorite part of this video is listening to the engine after it is fired up. The rolling anger of the big camshaft, the staccato pop of the high compression engine, the whole package is just freaking magic. This could be our new favorite stock car ever –