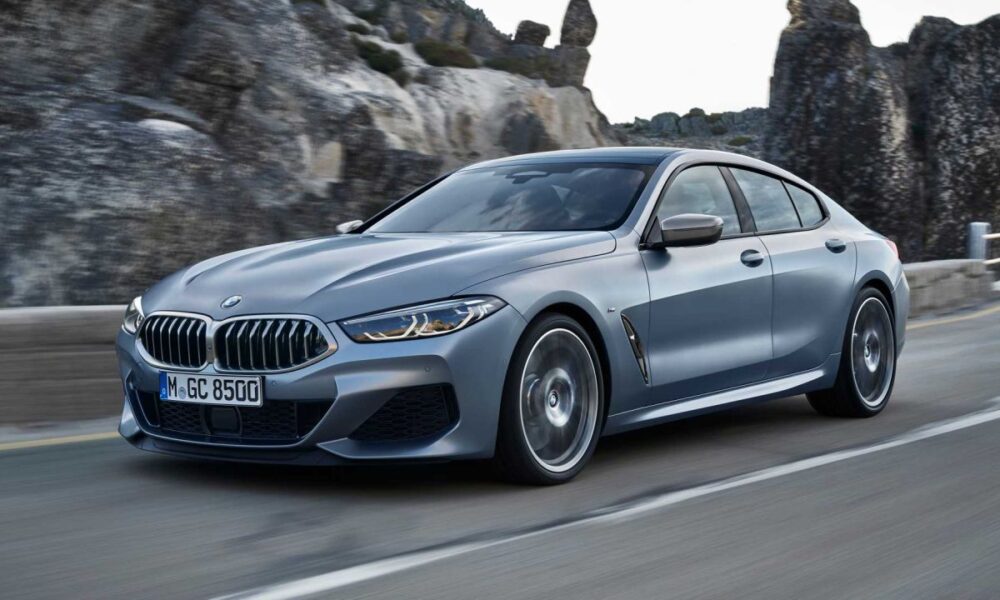 Following last week’s leaks, we had a good idea of what the BMW 8 Series Gran Coupe would look like. Nevertheless, the four door 8 Series has now been officially unveiled.

The front and rear of the car looks identical to the 8 Series coupe. It has a wide and low slung twin kidney grille flanked by twin-pod headlights. At the rear, it gets L-shaped LED tail lights and a sculpted boot spoiler. The rear bumper has an integrated diffuser and twin chrome exhausts.

Now, the interior of the 8 Series Gran Coupe is a ditto copy of the 8 Series coupe, apart from the two rear seats. The centre console houses a touchscreen infotainment system. The instrument cluster is also a configurable screen. The iDrive controller and the gear lever with its shiny crystal are also offered on the coupe and convertible models. In the back, you get three seats, however the person in the centre will have to hop over the rear centre console. Clearly, it’s not the most comfortable place to be in.