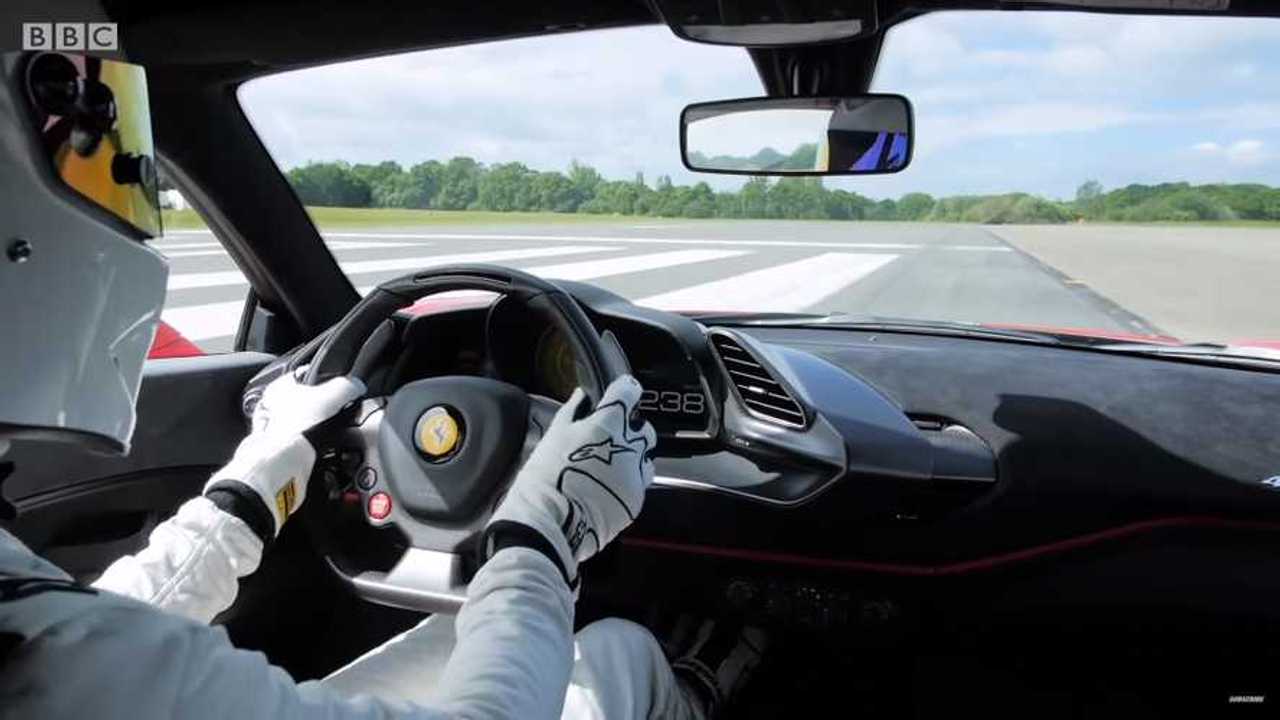 The new season of Top Gear is upon us, and yes, there are some changes. Aside from introducing two new hosts – specifically Andrew Flintoff and Paddy McGuinness – there’s also a new apex predator at the top of the show’s infamous lap board. The first episode of the long-running BBC motoring show saw veteran presenter Chris Harris testing the Ferrari 488 Pista, with a fast lap set by The Stig.

It wasn’t just any lap, however. At 1:12.7 it was the fastest road-legal car to tackle the short airstrip circuit, besting the not-at-all-slow Porsche 911 GT2 RS by over a half-second. The Porsche’s reign was short-lived too, as it was only set in the previous season. Before that, the McLaren 675LT held the top spot with a 1:13.7 set back in season 23. Speaking of McLaren, it should be noted that the 720S hasn’t officially been around the track yet. From our experience it’s certainly capable of at least matching the Pista, if not beating it.

If McLaren – or other automakers – hope to claim the production car fast lap from Ferrari, now is the time to do so. Last year a new housing and development project called Dunsfold Park was approved, leading to extensive repurposing of the land in the Dunsfold Aerodrome area over the course of 8 to 13 years. The project will level the airport facilities, including the runway which has served as Top Gear’s home track for 17 years. A definitive date for the construction hasn’t yet been announced.

The new Top Gear season only has one episode under its belt, but to the surprise of just about everyone, fans and critics alike seem to love the new trio. Here’s hoping they have at least a few more seasons to set new records before nearly 20 years of motoring history is bulldozed to the ground.