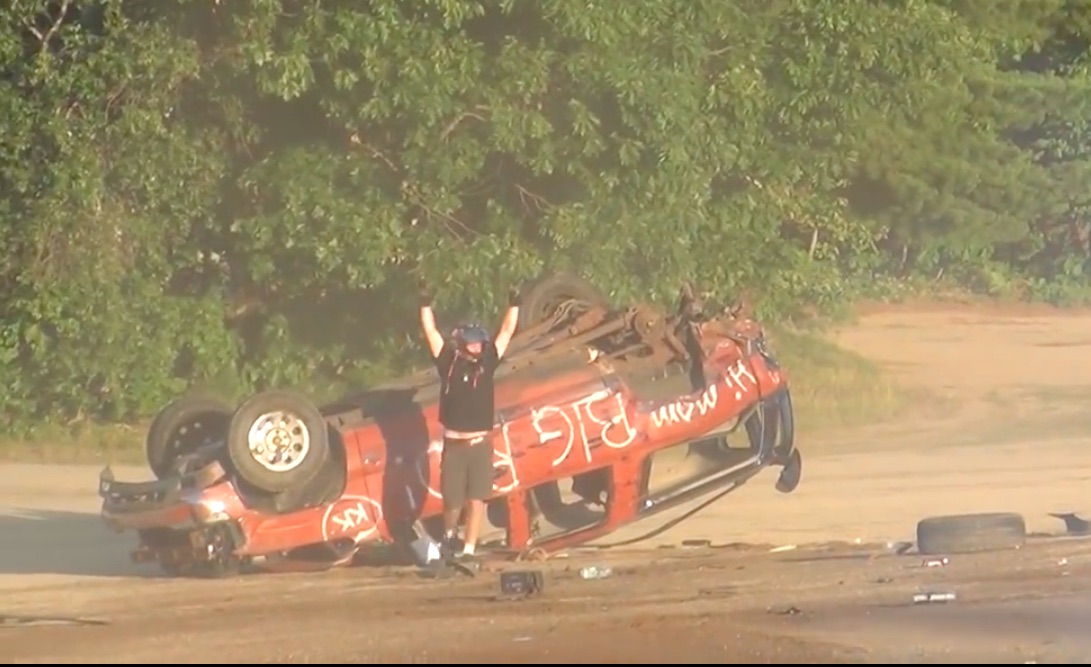 It has been a while since we have brought you some high quality destruction and madness from Maine’s Beech Ridge Speedway but the drought it over! This time we’re highlighting the track’s exciting “backwards drag racing” event which seems to fall in conjunction with some sort of destruction derby/enduro event as well.

Starting about three-quarters of the way through turn one and running backwards to turn four along the front straight, the object is the same as any other drag race, to get to the finish line first. In this car the rear wheels have to cross first and there are no penalties for trying to wreck the other three cars in your quad. Oh, we forgot to tell you that this was four wide? It is.

There are some people who are great at it and there are others who are terrible and you’ll be able to pick them both out pretty rapidly. The one thing we can tell you is that a Chevrolet Suburban is not the ideal choice for this type of racing. How can we say that? Not one of them survives this video without being completely mangled.

Lastly, why is it that we can see something happen on the street and immediately assume that the person involved is dead but when we see it happen on a race track we don’t. The dude in the lead photo is wearing shorts, a t-shirt, and thankfully a helmet, standing like a conquering hero, and he’s just rolled a Suburban like eleventeen times.

We’ve never made it to Beech Ridge to see this stuff in person but it looks like one hell of an event and it seems worth every penny of the ticket price! Watch this and disagree with us!