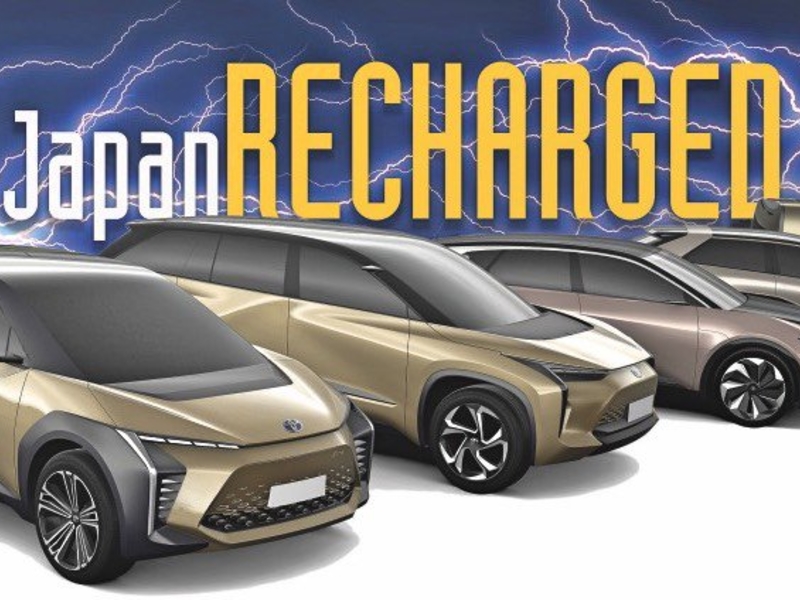 TOKYO — Toyota had an electric vehicle plan. And now it has the cars.

The automaker is seeking to shed its image as an EV laggard. It has revealed six edgy concepts that foreshadow a wave of battery-powered Toyota vehicles arriving before 2025.

Designers have been working on this visual language since 2016, global design chief Simon Humphries told Automotive News on the sidelines of the company’s EV strategy briefing this month.

“These are new ways to try to find an identity for this,” Humphries said of the EV lineup’s look.

The display of life-sized clay concepts, in earthy gold and bronze hues, is the clearest sign yet of what Toyota envisions for the more than 10 EVs it plans to launch in the early 2020s.

Some of those vehicles, such as the electric C-HR subcompact crossover going on sale next year in China, will be battery-powered versions of existing nameplates.

But Toyota plans a host of other EVs that will ride on a newly developed dedicated EV platform called e-TNGA, a play on the company’s Toyota New Global Architecture modular platform that the automaker has been rolling out in recent years.

The new EV platform will be able to accommodate everything from a three-row SUV or a sporty sedan to a small crossover or a boxy compact, Humphries said.

“We’re making a new platform for the car and trying to make a new experience for the people who buy it,” Humphries said. “This gives you a good idea of the platform’s capability.”

Toyota’s new EV platform will bring a lot of changes to the look and feel of upcoming vehicles.

In the front, Toyota ditches the grille and turns to creative slits to ventilate the electric motor.

The new face, called the “interlock grille,” tries to mesh the upper and lower elements.

The styling focus of the front end will turn from the radiator to the corners.

“You’ve got to anticipate the next big thing that’s going to change the face,” Humphries said.

“A lot of it is going to fall to sensors,” he said. “The sensors for autonomous driving are largely based in the corners. So, the corner is going to be the next radiator. What we’re trying to do is build emphasis on the corner, build in sensors for the future.”

The hoods of the upcoming EVs will likely be a lot smaller than the hoods on today’s gasoline vehicles, Humphries added.

That’s because the front motor compartments are smaller and because there will be less reason for wide, easy access to all their nooks and crannies.

Cameras, meanwhile, will do away with traditional sideview mirrors. They will be slimmed down to winglets or mounted in out-of-the-way places, such as the top of the A-pillars.

Such high placement will provide a more expansive camera view.

Headlights also will be reduced to slits and maybe incorporated into the hood.

“There’s no need for them to be a separate unit. They can be built into something else,” Humphries said.

And watch for bigger wheels on Toyota’s EVs.

Big wheels are a cool feature on show cars, but they usually shrink for production vehicles. EVs, by contrast, can accommodate bigger wheels because the motor compartment is smaller.

During steering, front wheels can turn farther into the vehicle without bumping into something. Bulkier transversely mounted engines limit that turning radius, and thus, the wheel size.

“From a design point of view, it simply looks better,” Humphries said of big wheels. “You can put better brakes on it. The bigger the wheel, the bigger the brake, the better the performance.”

Toyota’s upcoming EVs will also get longer wheelbases, which opens other possibilities.

“This is a good thing for design. It gives the car a lot of stance and structure,” Humphries said. “Interiors will play a big part because we have a lot of space in there.”

And because the batteries are packed along the bottom of the vehicle, the interior floor will be flat. The floor batteries will also boost the driver and occupants, enabling a higher eye point, he said.

The design showcase is part of a wider EV messaging blitz from Toyota.

At this month’s briefing, Shigeki Terashi, executive vice president for r&d, said Toyota now expects to get half of its global sales — or roughly 5.5 million vehicles — from electrified models by 2025. That is five years ahead of the 2030 goal it had floated in December 2017.

Full EVs are expected to account for less than 1 million of the total.