Pony Wars Episode 3 Is Out! Watch The Mustang, The Camaro, And The Challenger Get Real Power Thanks To ProChargers 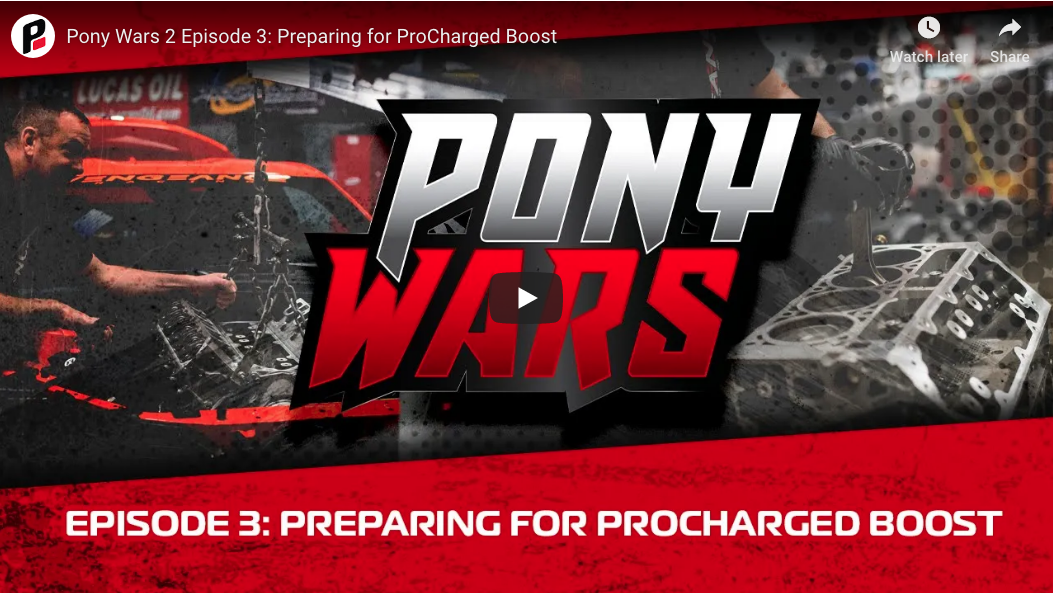 Check this out! It is time to make power on our three Pony Wars competitor vehicles and this year that means boost from the fine folks at ProCharger. In preparation for that boost, all three teams used VERY different methods of preparation. I was on Team Mustang for this one and our recipe was so different from the others, but that was all part of the plan. The rest of the cars did major internal mods, we did not. Watch the video below to see the hows and whys of all of them.

The 2019 Horsepower Wars Pony Wars Competition started off with 3 stock pony cars and ended with three evil beasts that made stupid power and hauled ass. We took a 2019 Camaro SS, a 2019 Mustang GT, and a 2019 Challenger and made them into something special. All three got ProChargers, all three got drivetrain upgrades, and all three got suspension enhancements so they could hand on the race track in Las Vegas. During the entire process we built, tested, and raced all three and filmed the entire thing.

This is Episode 1 and we’ll have more coming before you know it. Watch, get to know the cars, and get to know the hosts because this year they are not neutral parties. Nope, we’re all part of our teams and will be working on them, tuning them, and helping talk smack with the competition.

If you missed Episode 1, then click the link below to watch.

CLICK HERE TO WATCH EPISODE ONE OF PONY WARS

FREE Live Streaming Video From The National Hot Rod Reunion In Bowling Green Kentucky Right Here. Bryce Menzies Is No Stranger To Awesome Desert Race Performances, But This Video From His BAJA 500 This Year Is Great