Fuel Mileage Is That Important: Can Finnegan’s “Square Force 1” Ramp Truck Do Better? 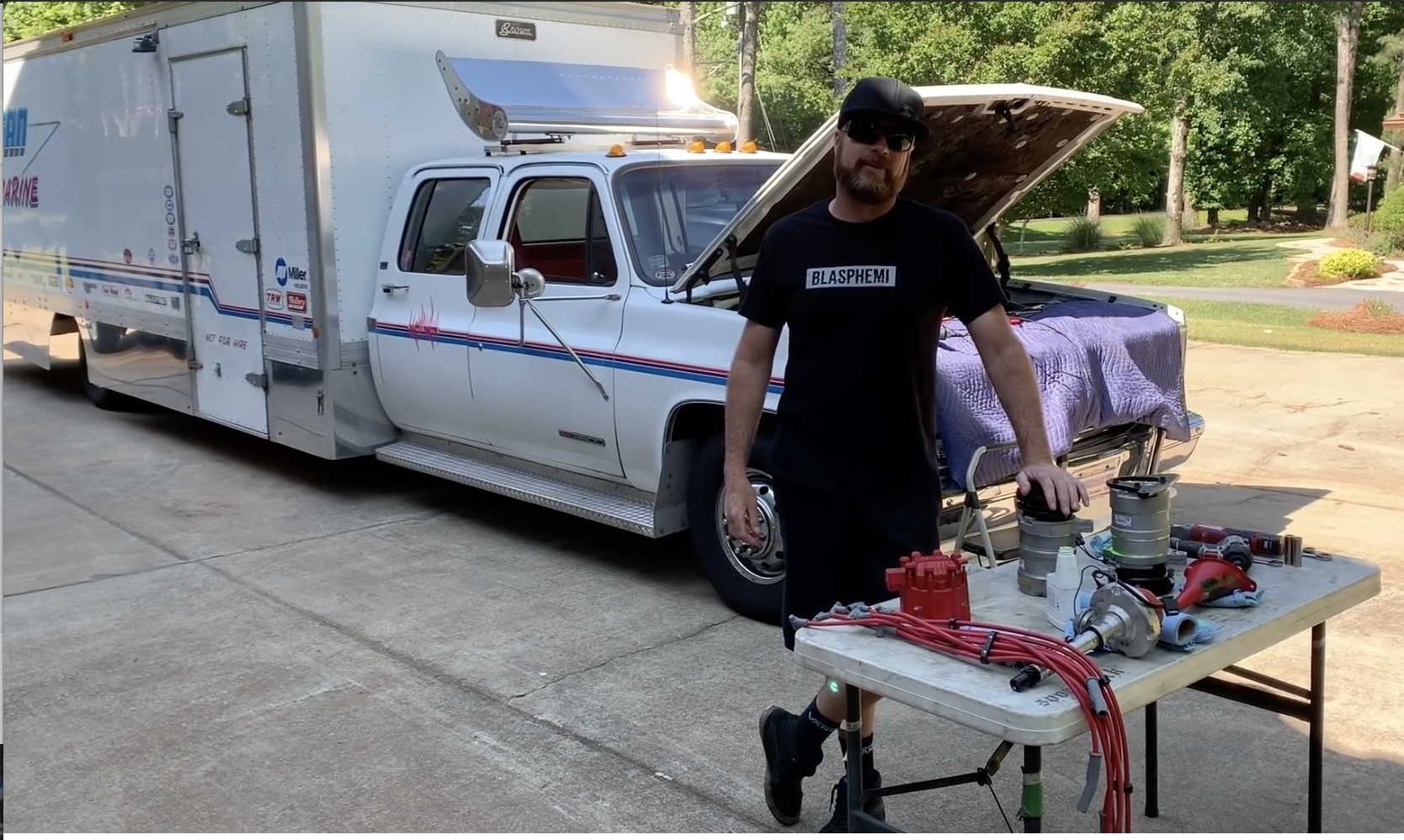 The 1989 GMC R30 3+3 box truck that Finnegan acquired shortly after Roadkill’s Mazdarati was stolen has been quite an adventure…mainly, in just how much a GM box truck can possibly hate one owner in particular. It’s had issues under the sun, even for being a super low mile example that was well-kept. But Mike loves this thing and is all about seeing the good within, so he’s pressed onwards to making “Square Force 1”, as it’s now known, a better Interstate traveler. That’s all fine and good, but let’s start with the obvious: this is a brick with an even bigger brick on the back. Guess what sucks trying to break through the air at highway speeds? A big-block powered brick with a TH400 automatic offering up only three gears. When you are happy to get six miles per gallon on the highway, something has to change, and fast…I don’t care who you are, that’s a lot of money that is being siphoned out of your wallet and being flushed down the fuel tank’s port. Mike wanted to take Square Force 1 on Power Tour…thousands of miles, divided by six, at about $2.65/gallon on average…yikes. That’s not good math.

The immediate change was to ditch the TH400 for a Gearstar-sourced 4L80E transmission and a Yank billet converter. Finnegan is a fan of the Gearstar/Yank combination, so that makes sense, and getting the 4L80E’s .075:1 overdrive ratio will help dramatically. Then there is the second issue: the timing. The R30 used a combination of the HEI distributor’s vacuum advance was dead and the centrifigual advance inside of the distributor wasn’t working well…nevermind that base timing was set at zero degrees flat, not eight degrees like the factory recommended. Here, Mike has some parts left over in the garage that will fit in place from the original Ramp Truck, so between the trans, the new timing equipment and some work with a timing light, the question: just how much of an improvement will the R30 see after the work is done? Because either way, this GMC was going on Power Tour, mileage be damned!

Buy Aeromotive Fuel System Components And Get A Rebate Back! This Summer Savings Program Will Make You Happy The Little Drag Strip That Does It – Barona’s Nitro Night 3!