Cleetus Is Prepping Leroy And Ruby For Rocky Mountain Race Week 2019! How Do You Keep Two Turbo Vettes Happy? 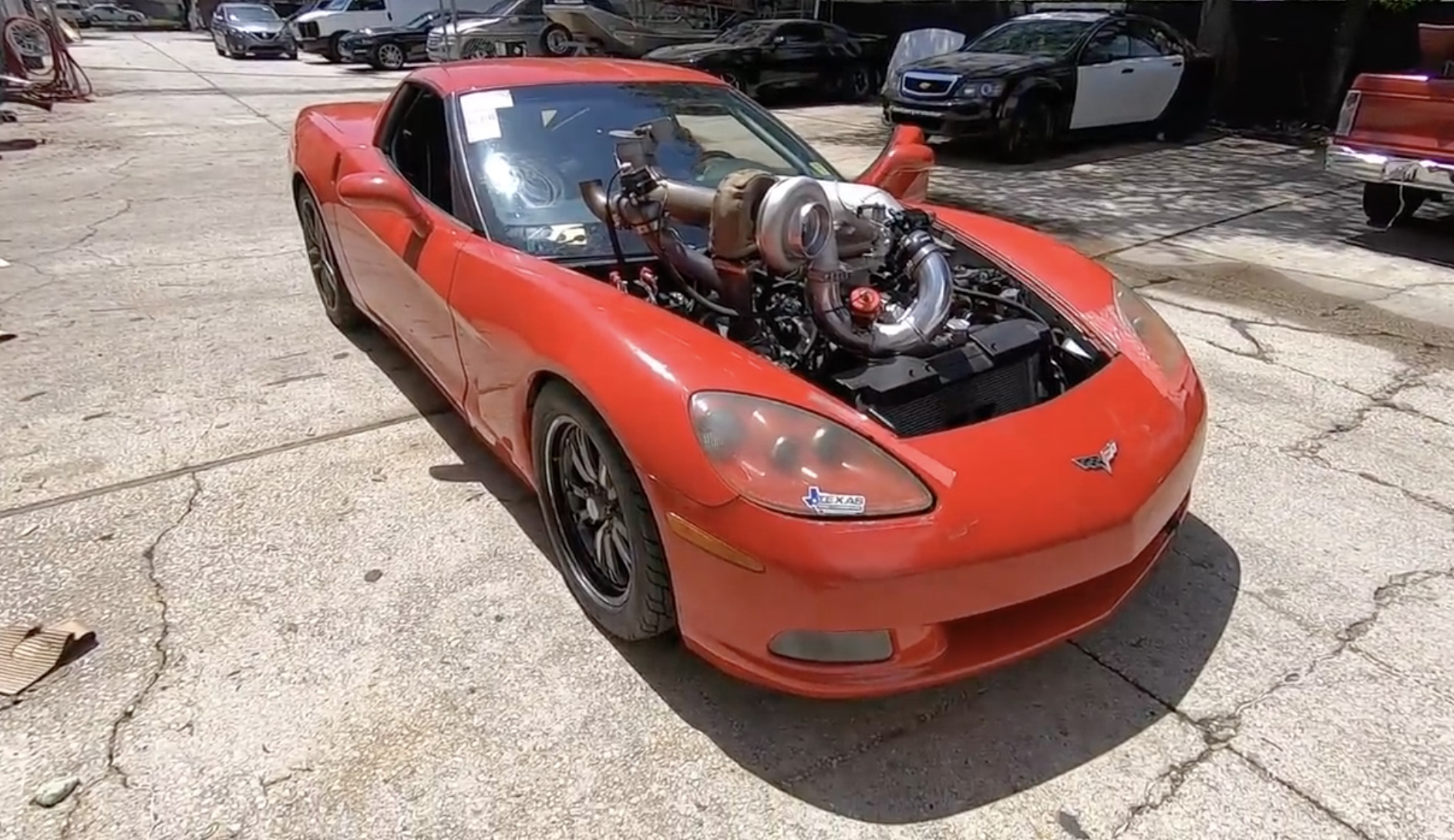 Rocky Mountain Race Week is about to go down! Cars and drivers are making their way to Pueblo, Colorado to begin a seven-day tribute to speed from the Front Range to the prairies of Nebraska and back, and everybody is gearing down to make the final preparations for this year’s event. Chad and Cole have been busy dusting off “Maxine”, his 1969 Camaro ragtop that he’s had…forever, I think…and they will be in the company of the tall, lanky dude from Florida and his two pet monsters. Cleetus McFarland will be on RMRW 2019 with both “Leroy the Savage” and “Ruby”, the Auction Mistake Corvette! Neither car really needs an introduction…Ruby is the product of making a hurried purchase on the internet, finding out that a lemon can indeed be colored red, and making as much lemonade as possible. Leroy needs no introduction…a totalled-out shell at one point, it is now the most mental Vette kart in the country, a twin-turbo beast of a machine that runs legitimate numbers. And they both are going to hit the road to the delight of every law enforcement officer from Morrison to Kearney.

RMRW rules are similar to Drag Week: one small trailer attached to the race car, no trail cars, no support vehicles. You drive it, you race it, and if you break it and you can’t fix it with what’s in the box behind your car, you’re out of luck, friend-o. The cars also have to be fully street legal…that means headlights, taillights, turn signa, wipers, horn, the works. There should be no reason why the car can’t be titled and licensed for the street and insured. We’re banking on the fact that some minor details were left out on both cars, but they are both plated and ready to go. We can’t wait to see the action from the Cleetus’s crew this week!