The Little Drag Strip That Does It – Barona’s Nitro Night 3! 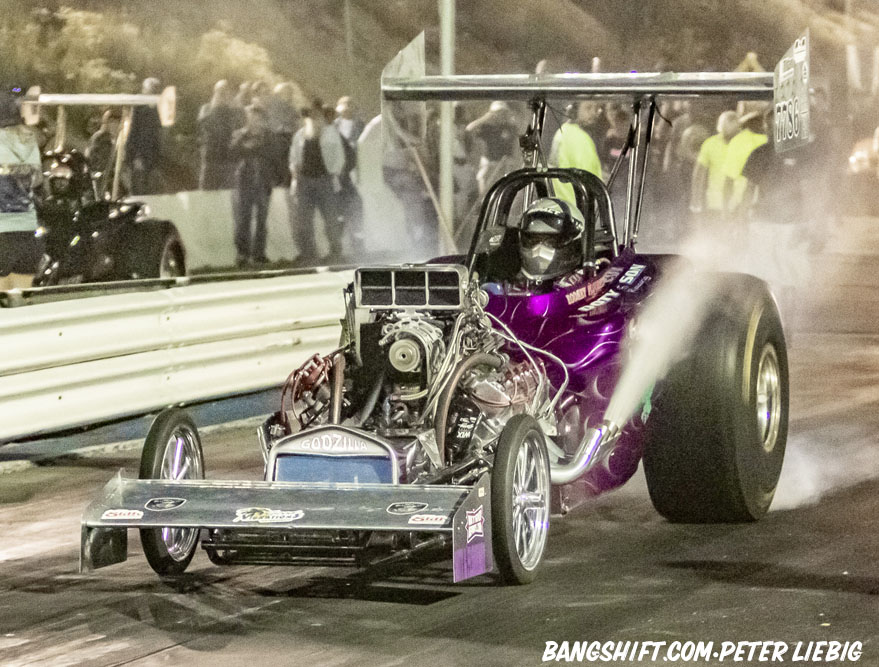 (Photos by Peter Leibig) – Barona Drag Strip’s Nitro Night 3 has become a much awaited for event at the track in the hills north of San Diego. It’s an eighth mile carved out of the rocks with a very unforgiving shut down, basically an abrupt cliff. There are some imitations, but everyone has fun.

As southern California nitro racers have embraced these popular shows, they’ve also realized that a strong 330-foot run is a lot safer than a full pass, pulling the parachutes. It depends on the speed, but fans pack the place anytime the nitro flag is flown.

These events also provide a short test session for many NHRA Heritage Series racers, while patiently waiting for the next event or a Reunion on their schedule. Geoff Monise in Keith Clark’s “Quarter Pounder” Monza (above) is headed to the United Nitro Funny Cars “Nitro Spring Nationals” at Spokane County Raceway next week. 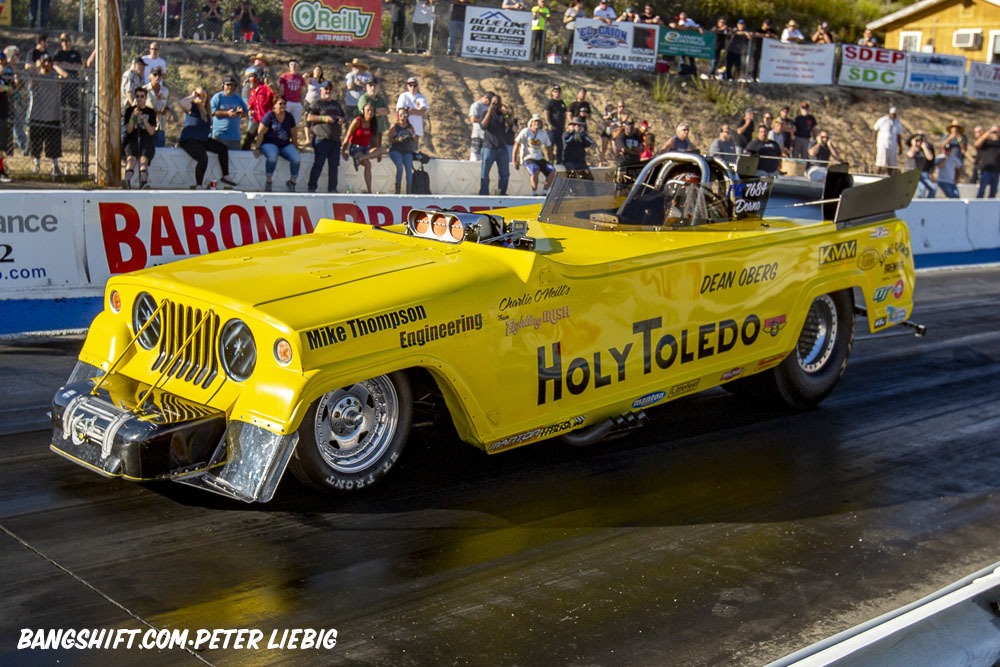 Barona is a cool track with an old school vibe, here’s a grandstand video of this year’s

Check out the Gallery of Peter Liebig’s trackside photos below!