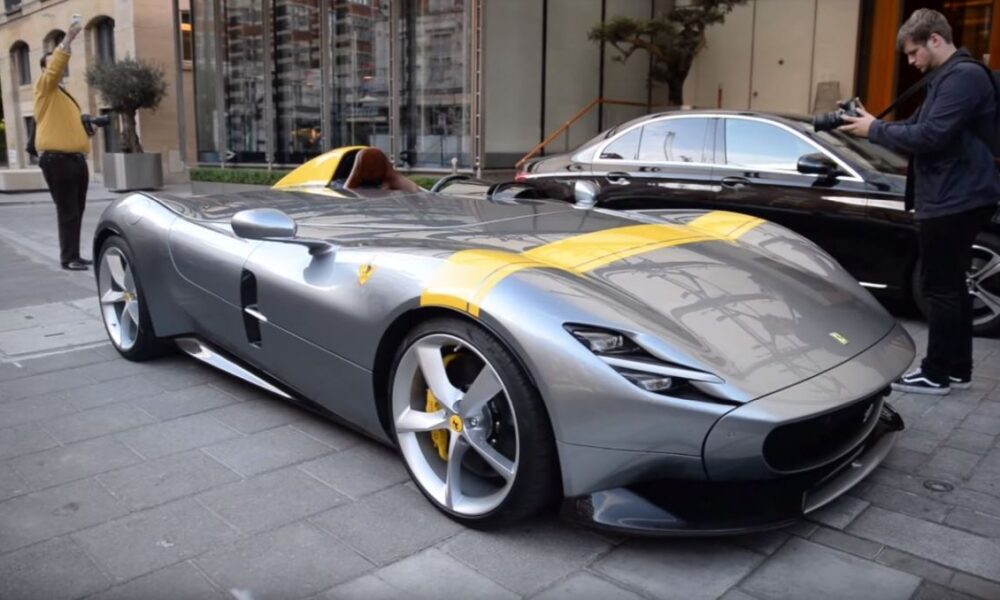 Looks like Ferrari it taking the Monza SP1 on a world tour to present it to potential customers. However, reports suggest that the Monza SP1 and Monza SP2 are already sold out.

The Monza SP1 was recently spotted in London. It was caught driving around the Hyde Park corner as it made its way towards the HR Owen Ferrari boutique in Knightsbridge. While this area of London is known to be a supercar hot spot, the single-seater does stand out. It looks absolutely insane especially around the usual. It is a sight to behold, no doubt.

The same car was spotted in Kuwait in April 2019. Ferrari F1 driver Charles Leclerc was also seen in a Monza SP2 in the same month.