Video: The Scarab Was America’s First F1 Effort – A Glorious Failure Then But A Vintage Winner Now! 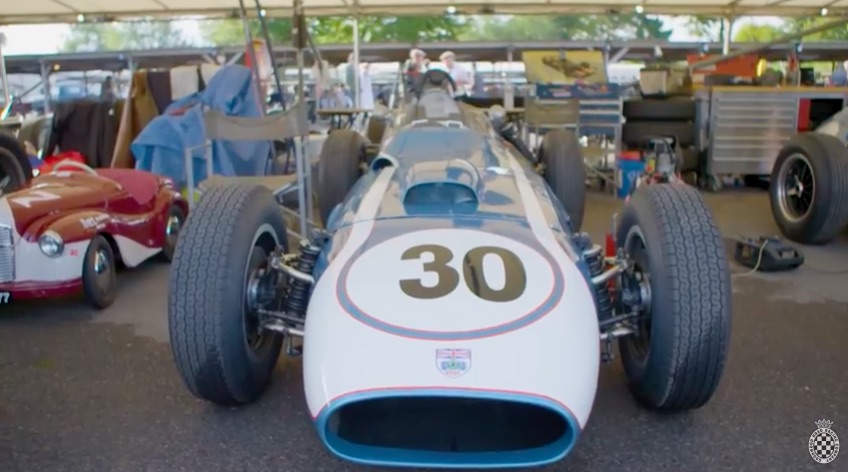 America has had an interesting past when it comes to success on the international racing stage. Back in 1921 the biggest and arguably first international win for an American car came when Jimmy Murphy drove a Duesenberg to an overall win at LeMans. In the 1930s? Nothing to report. The 1940s? Well, there was that World War and not much racing happening. The 1950s? Well the wins may not have come but America competed boldly with a car that was built right here on our own shores. The Scarab was that car and in the video below you are going to not only learn some history about the first American F1 car ever attempted but also hear it in action.

Where did the car come from? Basically it came from one of the richest guys in the country in the late 1950s. His name was Lance Reventlow and he was and heir to the Woolworth’s department store fortune. He was also a man obsessed with racing and someone who wanted to see American competing in Grand Prix events with its own car. Te first Scarab cars built in the late 1950s and designed by Tom Barnes and Dick Troutman were sports cars that had large levels of success in American racing. Guys like Carroll Shelby drove and won in them.

The next natural step was to take these cars and expound on them, advance them, and compete at the highest level in the world. That’s exactly what the team tried to do with a car that was solely designed and built by them, powered by an engine which was also built from scratch, and used a front engine design that was already outdated by F1 standards of the time.

The effort was an overall failure but the cars did compete and while they did not win, you had an American built and designed car out there battling with the big guns of international competition. The cars were beautiful but just no fast enough. In today’s world of vintage racing though, they are killers and this video is proof. Check this out!

Video: Forget Everything Else, We Need To Go To A Rally Legends Event, Like NOW Little Giants: Here’s A Video Looking At 10 Of The Smallest V8 Engines Installed In Cars