This Film From The 1947 National Air Races Is Astonishing – People, Airplanes, Wrecks, More 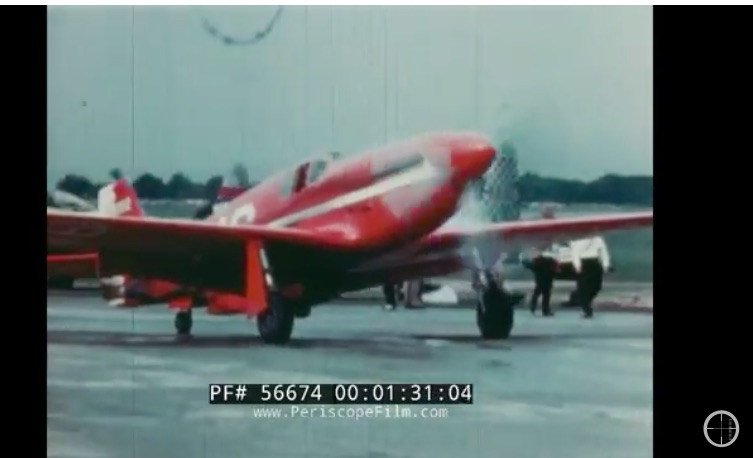 This is one of the most awesome gearhead films we have laid eyes on in some time. Made by Kendall Oil, it is a fascinating account of the 1947 National Air Races held in Cleveland, Ohio. What’s so totally great about it is the magical combo of time, machines, and people.

Regarding time, this was made two years after WWII ended. It was made at a time when the country was still kind of in the afterglow or national adrenaline high of taking on the world’s biggest bullies and punching them in the face…repeatedly. The possibilities were endless, people who had survived hell were pretty well convinced that they could accomplish anything they set their minds to, and there was a fearlessness about the culture that still stands as amazing to consider today.

Regarding machines. Wow. You are going to see early military jets racing here in their own class. You are going to see homemade airplanes competing in their their class, and you are going to see the baddest piston driven planes in the world getting after it. How in the hell did so many guys own Corsairs and P-63s?! These dudes are racing legit (de-militarized) warplanes! We have no idea how much it cost to buy a freaking P-38 or a P-63, or a Corsair, but there were plenty of people with them. Nutty!

Lastly there’s the people. You’ll see women racing in their own planes and in their own categories, you’ll see old guys trying to set endurance records, and you will see plenty of young men, fresh off defeating Japan and Germany, exercising the muscles that Uncle Sam gave them to get the job done.

This video seems so far away from modern life that it may as well have been been on Planet 9 from outer space.