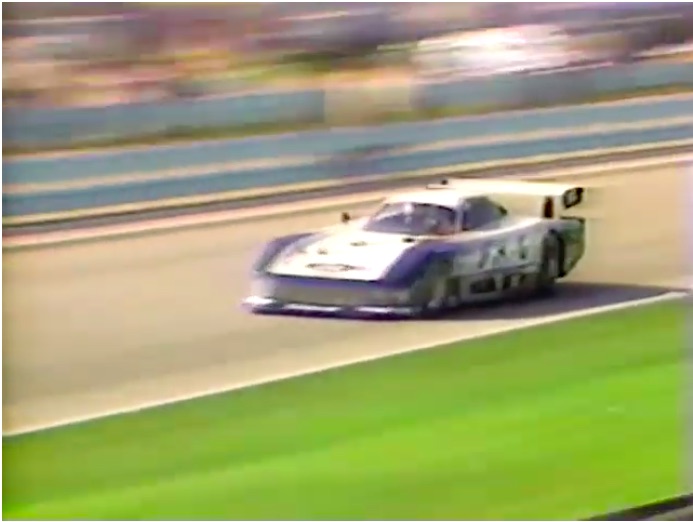 1983 was an awesome year for IMSA racing. Hell, the whole 1980s was an awesome set of years for IMSA racing. The biggest story of the year was Ford Motor Company jumping into the series with a full-on effort in the top level GTP class. This was not the story of Ford buying a March or Lola chassis and plugging in a “Ford” branded engine and going racing. No, this was a story of a manufacturer deciding to go their own way with a completely new car, a car that some would claim was the “wrong” car for one of the premier classes of road racing in the world at that point.

Prototype racing had long been dominated by cars that looked like the natural progression of the insane 1970s Can-Am racers from the likes of Porsche, Lola, McLaren, and others. Ford decided that they wanted in with a Mustang and so they built a wild front-engine, turbocharged four banger concept to work with. The program, like so many others was kind of a crash deal so when the cars debuted they were truly in the development stage. To the fans of the series this did not matter because it was finally a legit manufacturer showing up to compete and they would be joined by others, soon after.

The one overriding message of this video is that the car was designed, engineered, built, and basically born in America. Hilariously that message is delivered  by an Englishmen, but that’s beside the point.

The debut was a successful one as Tim Coconis and Klaus Ludwig destroyed the field and won the race by two laps. The cars debuted at the 15th race of the season because of development delays and, well, overall disfunction on the team. The next race they competed at in Pocono was a disaster with neither car finishing. By 1984 the program was cracking up and while the cars competed in 1984 it was a disappointing season with more problems to complain about than success to brag about. In 1985 the Mustangs were replaced by the more traditional (by GTP standards) Ford Probe race car and these machines were relegated to the history books.

A hardcore and unique way to attack IMSA that opened the door for other manufacturers to get in as well. Neat stuff.

Awesome Bonneville Video: This 1989 Home Movie From The Salt Has Us Revved Up For Speed Week! Heavy Metal Rebel: A Day-Two Sweet 1969 AMC Rebel SST