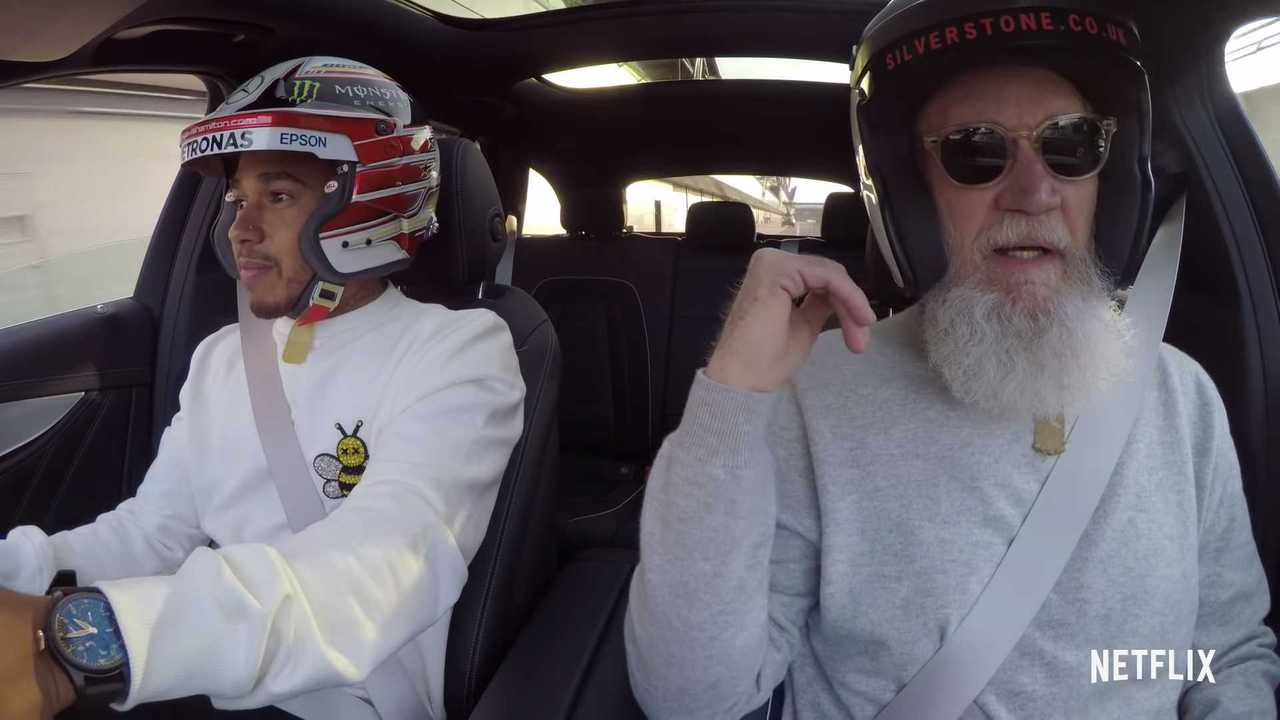 My Next Guest Needs No Introduction gives us a sneak preview of its next episode.

A globally recognizable comedian and Formula 1 driver take to the Silverstone F1 track; what could possibly go wrong? With five F1 world championships to his name, it’s no surprise that Lewis Hamilton can drive any car to its absolute limit. In the next episode of David Letterman’s latest Netflix show, My Next Guest Needs No Introduction, Hamilton gives Letterman top tips on how to drive a fast lap at the Silverstone F1 track.

As Lewis Hamilton drives for Mercedes in Formula 1, the car that Letterman and himself are driving in the video is, unsurprisingly, a Mercedes. But not the sort you’d expect a racing driver to pilot.

“Why have we got a station wagon?” Hamilton jokingly asks at the beginning of the video. Of course, we know as well as Hamilton that the station wagon in question isn’t your average grocery getter. It’s a Mercedes-AMG E63S, and its 577-horsepower, twin-turbocharged V8 and standard all-wheel drive help it get to 60 in a supercar-beating 3.2 seconds, all while carrying a whole bunch of stuff in its big trunk.

But Letterman and Hamilton aren’t hauling stuff. They’re lapping Silverstone, and part of that means exercising the E63’s immense carbon-ceramic brakes, which judging by the video, Hamilton wishes Letterman would do earlier. Of course, then the tables turn, as Hamilton sets out around Silverstone with Letterman as the passenger.

This is only a brief snippet of what should be an excellent episode. Letterman’s Netflix show has already attracted big names from the world of politics (former President Barack Obama) and entertainment. It’s about time the former Late Night host, who’s long been involved in IndyCar and IMSA endurance racing as part of Rahal-Letterman-Lanigan Racing, turned his interviewing talents towards motorsport.

Hamilton’s episode of My Next Guest Needs No Introduction hits Netflix on May 31.