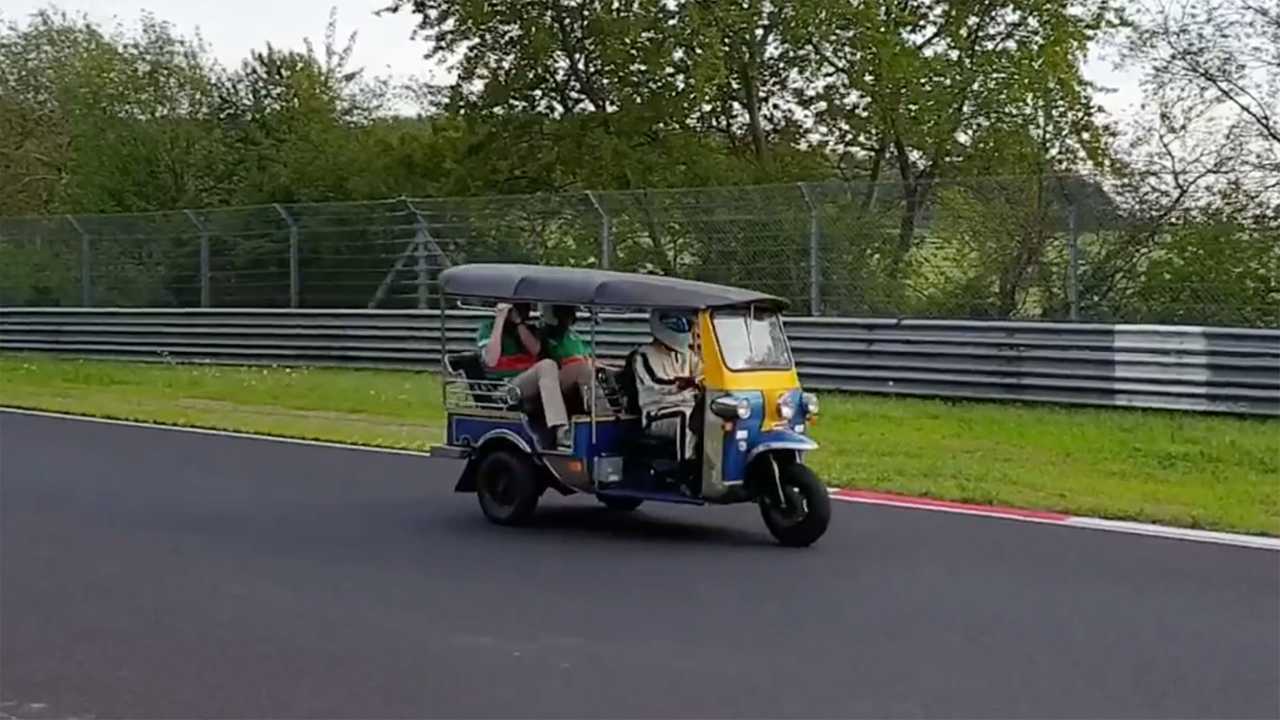 We didn’t say it was a fast lap.

Think about a new lap record at the Nürburgring. What do you see? Is it something exotic? Maybe it’s Italian like Lamborghini, or Koenigsegg made a surprise visit to Germany’s legendary race track. The Nürburgring is famous as the go-to venue for supercar oneupmanship—the faster, the better. However, not everything that sets a lap record is fast. A three-wheeled tuk-tuk—a petrol-powered automotive rickshaw—recently set a new lap record at the track, completing the grueling 12.9-mile Nordschleife course in just over 31 minutes—31:49.46 to be exact, according to The Drive.

See, not every record is fast; however, that doesn’t make it any less sketchy. The unnamed driver drove around the track with two passengers on the tuk-tuk’s rear bench seat for authenticity purposes. According to one rider, the relatively slow lap was still a scary experience, calling the tuk-tuk unstable and flimsy. The rickshaw even took a few corners on just two wheels, which sounds downright frightening regardless of speed. Some back-of-the-napkin math says the tuk-tuk traveled at an average speed of about 24 miles per hour. That’s not fast by any stretch of the imagination.

This isn’t the first time the team has attempted to set a record at the Nürburgring in a tuk-tuk. According to The Drive, Granturismo Events, the team behind the lap attempt, imported the tuk-tuk from Thailand three years ago for the sole purpose of setting the record. The team tried to set a record last year; however, it broke down. The team then turned to the company that makes engine compotes for Koenigsegg. They asked the company for stronger forged pistons.

While your standard, everyday tuk-tuk may not be up to the task of conquering the Nürburgring, it doesn’t mean it’s impossible. A few upgrades can turn any tuk-tuk into a Nürburgring king, even if it takes half an hour. Better late than never, right?