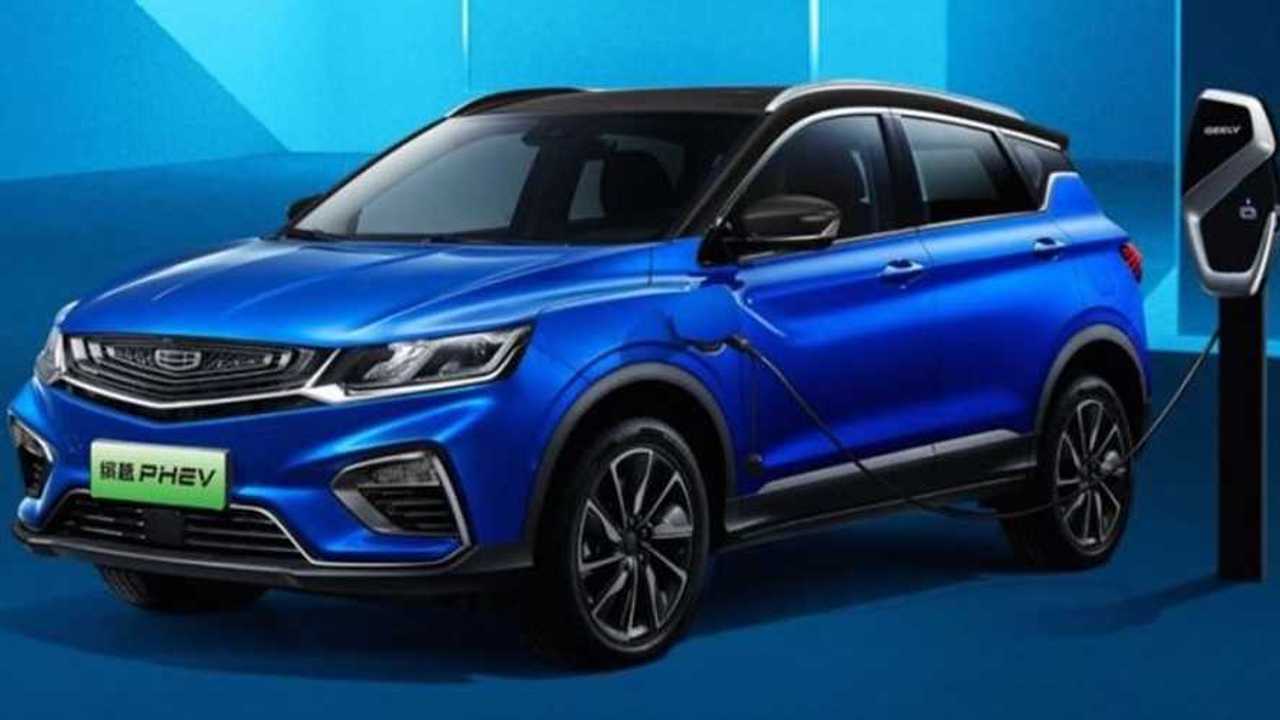 Externally, the new PHEV displays a high resemblance to the existing Geely Binyue.

The Geely Binyue, an SUV model hitting the market at the end of last October, saw its PHEV version go on sale on May 28. It is also Geely’s first BMA (B-segment Modular Architecture)-based plug-in hybrid SUV.

Externally, the new PHEV displays a high resemblance to the existing Geely Binyue. The charging port on the left-front fender suggests that the vehicle contains an electric power system. Featuring the same size as the combustion engine car, it measures 4,330mm long, 1,800mm wide and 1,609mm tall with a wheelbase spanning 2,600mm.

Compared with the outgoing model, interior design for the PHEV has rarely been changed. Leather-wrapped seats and a flat bottomed steering wheel are niceties inherited from the fuel-burning version. Occupants will also enjoy such facilities as a 10.25-inch center console screen, an electronic gear lever, a holographic display, an automatic air conditioner as well as an electronic parking brake. Besides, drivers are provided with five driving modes, including pure electric, hybrid system-driven and combustion engine power.

Powering the Binyue PHEV is a plug-in hybrid system that consists of a 1.5-liter three-cylinder turbocharged engine, an electric motor and an 11.3kWh ternary lithium battery pack, churning out a total output up to 258hp and 415N·m of torque peak. The power system is mated with a 7-speed dual-clutch transmission. In the EV-only mode, the vehicle features a range of 62km. The 0-100km/h can be done within 6.9 seconds.