Pro Mod Perfection: This 1990 Video Shows The Class In Its Earliest Stages And It RULES 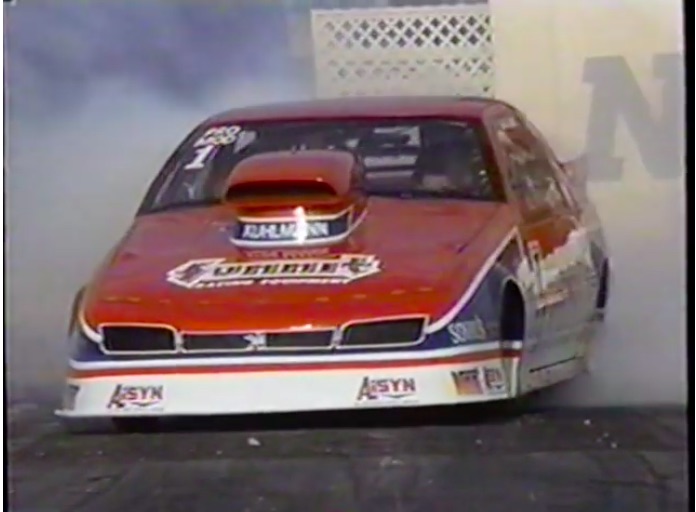 We talk a lot about pro mods these days in drag racing because there are hundreds and hundreds of them around the country. Multiple series with multiple rules packages, television coverage, live streaming stuff from everywhere, and competition for days are the hallmarks of modern pro modified competition. What about the early days though? Long before anyone was talking about blowers vs nitrous vs turbochargers it was about the drivers and their wild machines. This class, sprung from the ranks of IHRA sportsman racing began to explode mighty quick once unleashed upon the Earth.

The video you are about to watch was made by Dean Papadeas, one of the most influential shooters and video makers of the 1990s. The quick cuts, the wild editing, the killer music, all that was was revolutionary at the time and all of that was what Papadeas and his Main Event Video company were about. Bill Kuhlmann, Charles Carpenter, Robbie Vandergriff, and the list goes on and on and on.

You’ll see a grand total of ONE blower car here. The class was nitrous dominated at this time as it was for the first half decade of its existence or more. Then, like all things, evolution and change happened. The controversy grew and the class became seemingly more popular because of it.

Hosted by Jon Lundberg and Johnny Moto, this is cool, fun, and entertaining. Stick around and watch the nitrous education segment with Mike Thermos who is literally one of the most awesome people on the planet and a God when it comes to the development of nitrous performance. These guys were running low 7s on two stages back in the day and ripping Lenco levers.

Were these the gool ol’ days? Boy, in some respects they sure were!