2019 Spring Carlisle Photo Coverage: In The Age of The internet Are The Swap Meets Suffering? 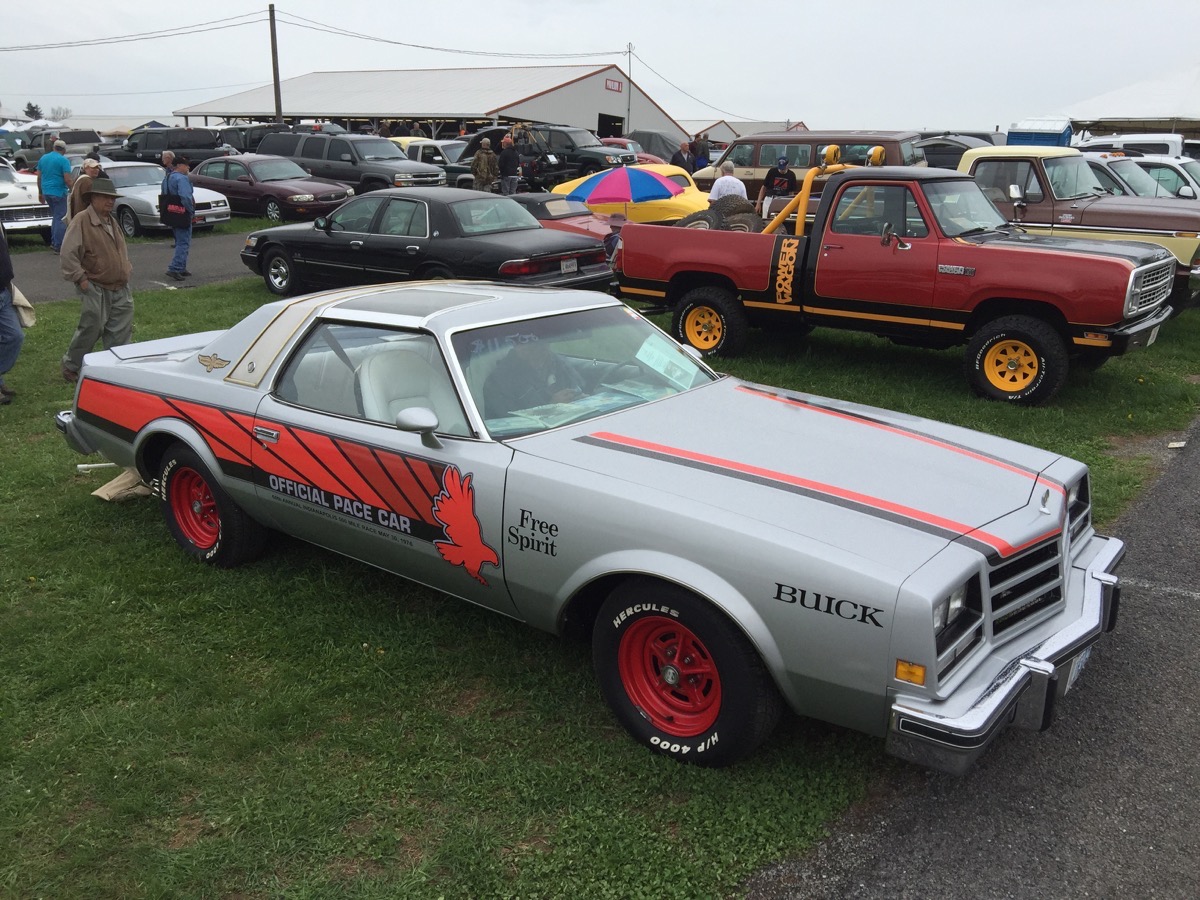 (Words and photos by Joe Grippo) – Well its chilly, it’s raining, and it is Springtime here in my home state of Pennsylvania, so that can only mean one thing…time to put on the walking shoes, hit the ATM and get my ass to Spring Carlisle 2019. The weather looked bleak for our normally scheduled Friday visit, so my wife, Stacey, and I played hooky from our day jobs and hit it hard on Thursday. A few small showers gave way to misty, overcast conditions most of the day but that didn’t slow down the throngs of people wandering the almost endless aisles of the Carlisle Fairgrounds. We were hunting Mustang Parts with a wish list in hand, and we were able to check a few items of the long list. However, our major purchase was a one of those Cyclone Blowers used for blowing water out of the cervices of the car after washing. All in all, it was a nice day out!

Is the internet finally to starting to put a major dent in the swap meet experience? Are younger BangShifters eschewing Swap Meets for Craigslist and Facebook Market Place? We noticed many empty swap meet spaces and more than a few large holes in the car corral. Also, many of the larger commercial parts vendors have been scaling back on their displays going from large trucks with rolling display carts and inventory on hand for purchase to a smaller EZ-UP and a folding table with a stack of catalogs. Sign of the times, I suppose. Call me old fashioned, but I’ll take getting out for the day and holding a part in my hand and paying cash over Venmo and surfing eBay while parked in my recliner. But don’t get me wrong, the place was packed for sure, but each year the crowds seems to be getting a little lighter and definitely a lot greyer. Like that hack Dylan’s been saying for years, “The times they are a changin….”

Lots of later model car and trucks are being offered up for sale. Old stuff like tri five Chevys and early Mustangs and Camaros still dominate but check out the photos of all the malaise and disco era stuff at Carlisle this year. Much of them had low mileage and as such, were complete and cherry. I was particularly intrigued by the ’76 Buick Free Spirit Indy Pace Car! And that Power Wagon…

Clean trucks of all types were everywhere. That ‘70’s Ford Bump-Side Tow Truck stopped me dead and had me thinking…hard. Good thing my wife was there…I guess. A few sweet C/10’s, some early Fords and a cherry K5 Blazer all made me woozy.

I generally take photos of the stuff I like and usually end up with an eclectic sampling but this year I seemed to focus on more cars for sale than individual parts, trinkets and stuff, not sure why. Anyway, check out some of the treasures we spied like the stuff from the 50’s and 60’s, the Monte that took me right back to high school, a few wild Corvettes, a 70’s VW horror show and a very nervous $1500 ’32 Ford Vicki body that I had to be physically restrained for bringing home.

So, enjoy a virtual day at Spring Carlisle through my camera and see what I found at Carlisle!