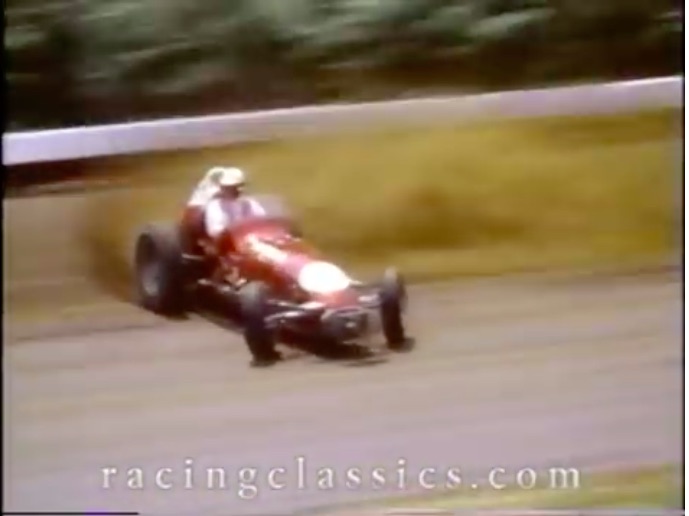 It seems completely insane to think about today but the most awesome, scary, fast, and frightening dirt track in American racing history was a 1-mild D-shaped oval located in Langhorne, PA and the video below shows the place at the peak of its dirty glory in 1964. See, in 1965 it was paved and that change came as a massive change in the world of racing was taking place as well. We’ll get into all of that in a second, but let’s go back to the idea of a freaking 1-mile dirt oval! Many people met their end at this place during the time it was open and many of the greatest racers of the day tested their own abilities to the ragged edge. In this video alone there’s Foyt, Unser, Andretti, Rutherford, and the list goes on and on an on.

Watching these racers wrestle, fight, and manhandle their cars through the sweeping corners and through the most infamous section of the track known as “puke hollow” is fantastic. These racers likely had no idea that by the end of 1965 Langhorne would be paved. To some it was sacrilege, to others it was the most welcome thing they had ever seen. So why pave the legendary dirt track? Evolution, baby.

The rear engine chassis had started to show promise at the 1963 Indy 500 Jimmy Clark finished second in his Lotus. The following year he qualified number one and was retired early with mechanical problems but more and more cars were appearing with the modern design. Finally in 1965 Clark won the race and the abandonment of the classic Indy roadster was on. The sleek, low rear engine cars were not tolerant to dirt nor did their owners want to run them on dirt. Paving Langhorne kept USAC coming and in 1966 the track held a 100 mile race where Mario Andretti made the place the fastest one mile track in America, keeping its legendary status as a premier facility in the country.

Press play below to see this awesome video with professional narration –