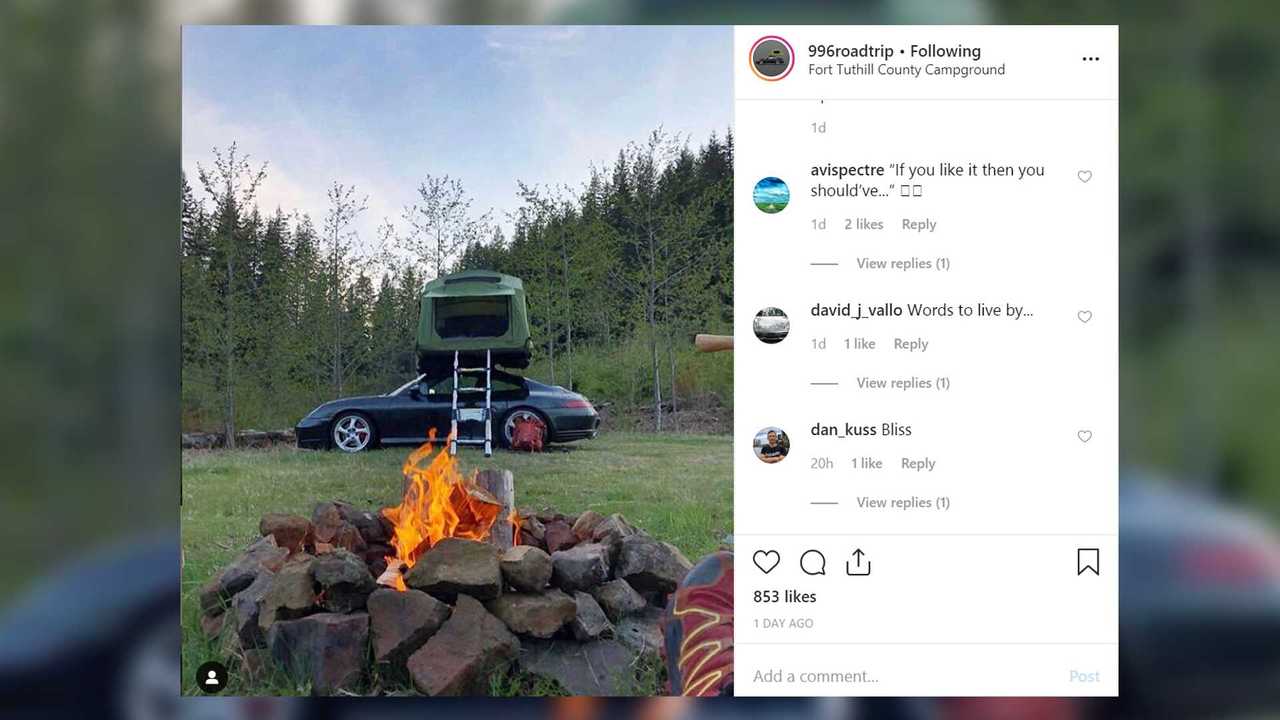 It’s the perfect weekend camper for those who’d rather carve canyons instead of climbing them.

Last weekend saw all kinds of cool off-road camper creations gather in Flagstaff, Arizona at Overland Expo West. To be completely honest, we’re not entirely sure this tent-wearing Porsche 911 Carrera was actually there, though the above photo did pop up while browsing the overlandexpo hashtag on Instagram, and Fort Tuthill County Park is where the event took place. As you can probably guess, we were absolutely gobsmacked at the awesomeness of this, so we did some sleuthing and learned a bit more about this car – and the person behind it.

Elferspot.com ran a cool feature on this unlikely overlanding machine. Brock Keen is the man behind the idea, and his Instagram account @996RoadTrip is filled with pictures of various 911 travel adventures. The car is a 996 Carrera 4S, and though it doesn’t have the towering ground clearance to blaze its own trails, it’s certainly more sure-footed on backroad excursions than most low-slung sports cars. And as Keen’s Instagram account reveals, the car definitely makes regular excursions off the tarmac.

As for the Yakima tent, it sort-of ended up on the Porsche’s roof by accident. According to the Elferspot article, the tent was something of an impulse purchase, but he discovered it would take some special hardware to fit it on the Range Rover he and his wife would normally use for camping getaways. The Porsche already had roof bars and Keen found it would fit atop the car rather easily, so that’s how the tent home. He rather liked the idea of going on camping trips with the fun sports car, so after determining that the 911’s roof was up to the challenge (something Yakima Racks also helped with), the overlanding 911 was born.

Granted, you won’t find a refrigerator or nifty propane stove built into the 911 like you might find on a converted Jeep Gladiator. But sacrificing a few camping luxuries to partake in proper canyon carving to and from the great outdoors seems like a fine trade to us.