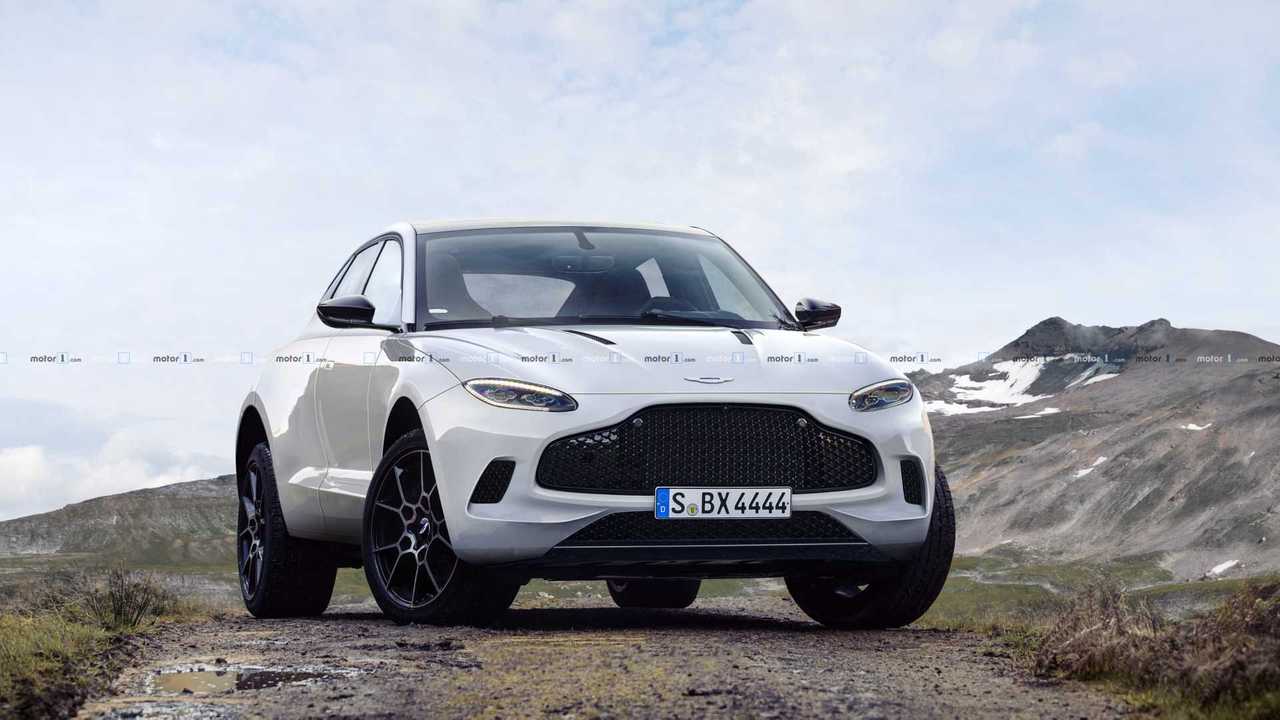 Aston Martin’s upcoming DBX has been hidden from view under camouflage – until now.

Each time we’ve seen the upcoming Aston Martin DBX, it’s been covered in a distracting, brightly-colored camouflage. That camouflage does its job by obscuring the styling, making the prototype vehicle resemble a work by Basquiat more than a high-performance luxury SUV.

Thankfully, our friends over at Automedia were able to see through the smokescreen and render their take on the DBX’s final form. Their rendering captures much of what we like about the DBX – most notably, its overwhelmingly curvaceous shape.

Especially of note to us is the bulbous fender flares, which exude a purposeful look without looking “tough.” That less-aggressive look should help to differentiate the new Aston Martin from other luxury performance SUVs, many of which make extensive use of traditional SUV styling features.

In fact, it appears as though the Aston Martin DBX has eschewed nearly every traditional SUV styling trend in favor of trying something new. The only hint of an SUV styling feature we can see in the rendering is the lower front bumper trim, which resembles a faux skid plate.

The small headlights and traditional Aston Martin grille give the DBX a sporty appearance. Overall, it’s a lithe, athletic looking shape that appears almost feminine. While conventional wisdom dictates that such soft, flowing styling wouldn’t work on an SUV, it seems to work quite well here.

Besides, as we’ve seen from the intense testing sessions Aston Martin has shared, it’s clear that this is a legitimate off-road performer. When you’re bombing sideways down rally courses at speed, it’s hard to crack wise about the DBX’s less-aggressive appearance.

Of course, this is just a rendering, and the production Aston Martin DBX’s shape could be very different. After seeing this rendering and taking a closer look at the prototype, though, we think Automedia is right on the money.