Will the big AWD model live up to the legacy established so many years ago by the E30?

The first BMW M3 established itself as a track superstar way back in the 1980s. That original E30 model has absolutely nothing in common with the upcoming G80 version, save for the M badge and a BMW crest on the hood. However, it still looks quite comfortable turning laps, as these latest spy photos from the Nürburgring suggest.

It’s no secret that the 3 Series is significantly larger than it used to be, but that doesn’t mean the next-generation M3 will shy away from corner-carving performance. All-wheel drive will give the bigger body a better bite, making the most from its twin-turbo inline-six that’s expected to produce 473 horsepower (353 kilowatts). In future Competition trim, that mill should make over 500 hp (373 kW), but fans of traditional M3 prowess might be disappointed with two things: the extra baggage from the all-wheel-drive system and the lack of a manual transmission. 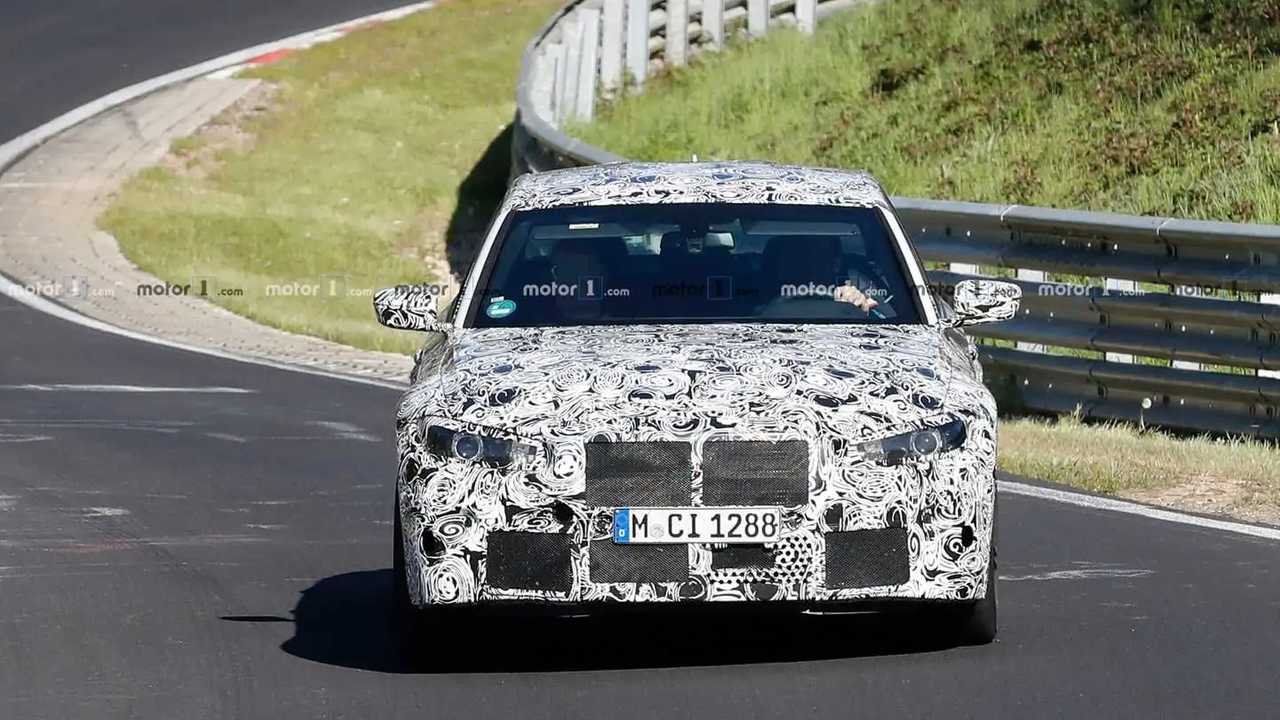 To answer those concerns, BMW is expected to offer a “Pure” version of the new M3 that nixes the AWD system completely and plugs in a third pedal to operate an old-school manual. The changes will also include a slightly less powerful version of the I6, but the lighter weight with a rear-wheel-drive layout and a hand-shifted gearbox should appease those who yearn for a simpler, more involving M3 experience.

The photos featured here don’t reveal any new styling cues, but the action shots do suggest that BMW has the M3’s heft well-handled in the corners. We don’t know just how hard the test driver was pushing in these shots, but we’ve never seen a BMW prototype casually lapping the Green Hell and from what we can see, body roll is virtually nonexistent.

There’s certainly no question that the M3 has evolved – and grown – significantly through the years. We will see the latest evolution of the storied moniker this September, when it’s revealed to the world at the Frankfurt Motor Show.