Video: Watching A Trabant Drag Race Is A Type Of Funny No Words Exist For 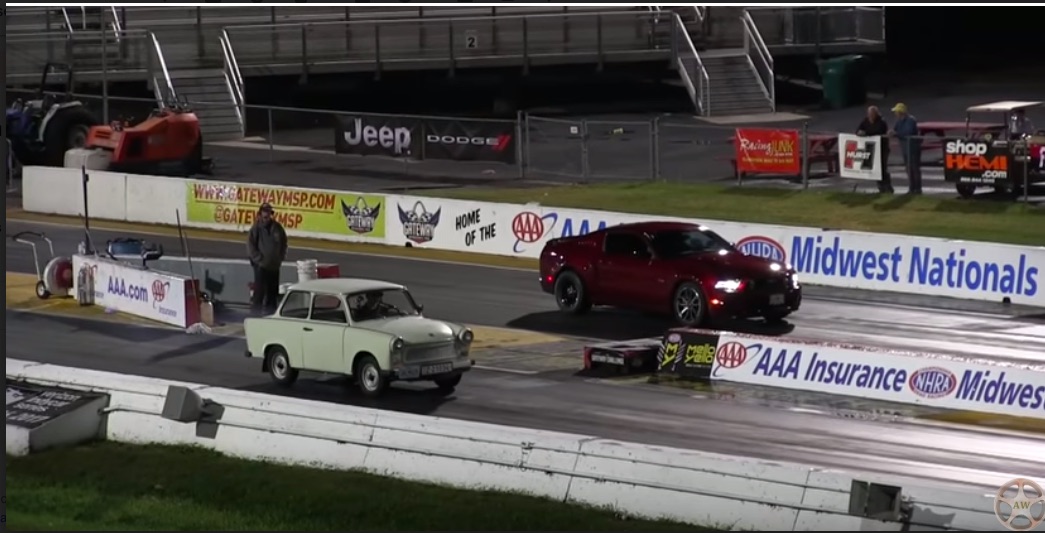 (By Greg Rourke) –Oh sure, we’ve seen plenty of fast stuff on these hallowed pages. Perhaps a nice leisurely stroll down the dragstrip is what we need.

Even seen or heard  of a Trabant? It was manufactured in the former East Germany from 1957 until 1991. It had a plastic body, front wheel drive, and for most of the run a two stroke engine. At first it was 500 cc, but in 1963 they really upped their game by 20 percent to 600 cc. Creature comforts were zero, if it wasn’t absolutely necessary to make it go it didn’t have it. It seated no one comfortably.

Here we have some cat who did a rebuild of a Trabant which is covered on some of his other videos, and decided he needed to take it down the dragstrip. Pulling into the water box resulted in no tire spin, just a blue cloud of oil smoke. Listen to the announcer…”I don’t know what it is, but I  love it.” Unless the Mustang in the other lane red lighted we have a reaction time of about 2 seconds. Down the track our hero hammers the little box, killing all the mosquitoes along the way. Finally, the finish line, just a shade under half a minute and at a speed just above your average school zone.

Some say he still hasn’t reached the end of the track.