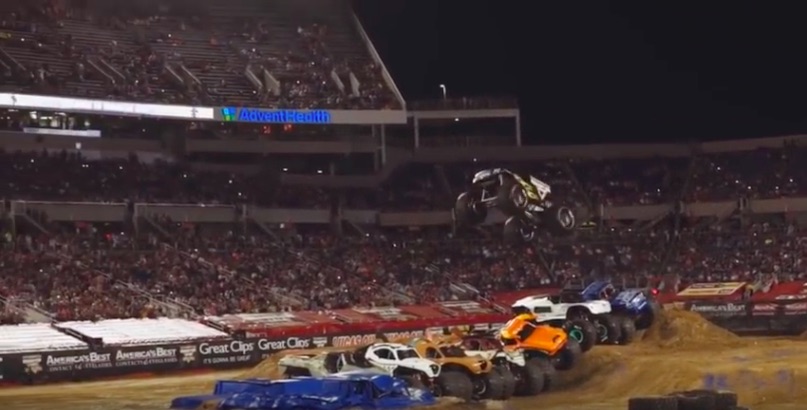 Back in 1989 the world of monster truck racing had a new thing…a world championship. There was a points fund, prize money, TV, the world. David Morris in the Equalizer won that first world championship in an innovative truck that used massive coil over shocks instead of leaf springs and it changed the game forever. There was no “world finals” per se like we have now, just a last race of the season and all Morris had to do was show up, qualify, and appear in the first round to lock up the title. It was a different world back then and certainly a different era of competition.

These days, Monster Jam leads the monster truck world and has for a long, long time in terms of popularity and crowds. We often lament that fact because it pushed out many of the established names and converted what was a truly budding motorsport into a bit of a sideshow. The drivers are all amazing, the trucks are all mechanically identical, and while there are bragging rights and professional prestige on the line for the years world championship, it does not have the same feel as those halcyon days when the whole thing was coming together.

That being said…these guys know how to put on a show and Lordy do they ever. At the Monster Jam World Finals recently, Colton Eichelberger leapt over seven other monster trucks in a massive jump that is one of the most impressive things we have ever seen a 5-ton vehicle do. Not only did he manage to clear the trucks, he likely could have cleared a few more!

Between the distance of 144ft and the height which is at least 25-30ft in the air, it is mind boggling that the truck made and survived the leap. Say what you want about the old days but holy cow, this is somehting tat even those bad asses could not have dreamed up.

4 Minute Thrash: Watch A Classic Customized 1957 Harley Get Completely Torn Down And Rebuilt In Minutes eBay: This 2013 Mustang Is As Unique A Modern Mustang As Exists on Earth