There isn’t much camo left, save for the silly red tape around the taillights.

We recently spied the forthcoming Porsche Taycan all but revealed, navigating a city street with a fleet of Porsches in tow. This time around our spy photographers caught the electric supercar in an environment more befitting the Porsche crest. Of course we’re talking about the Nürburgring, where it was captured turning eerily quiet laps, save for a bit of tire noise.

The Electric Porsche Is Coming:

This round of photos doesn’t reveal anything new per se, but the athletic environment does afford us a look at the car’s powered rear spoiler in action. With the wing deployed, the three-quarter view from the rear gives the Taycan an undeniable 911 vibe in its overall shape, albeit with a longer wheelbase and two extra doors. This view also gives us a good look at the Taycan’s side rocker trim and rear fascia, both of which sport some interesting aero tweaks to help the EV stick to the pavement while cutting through air as efficiently as possible. 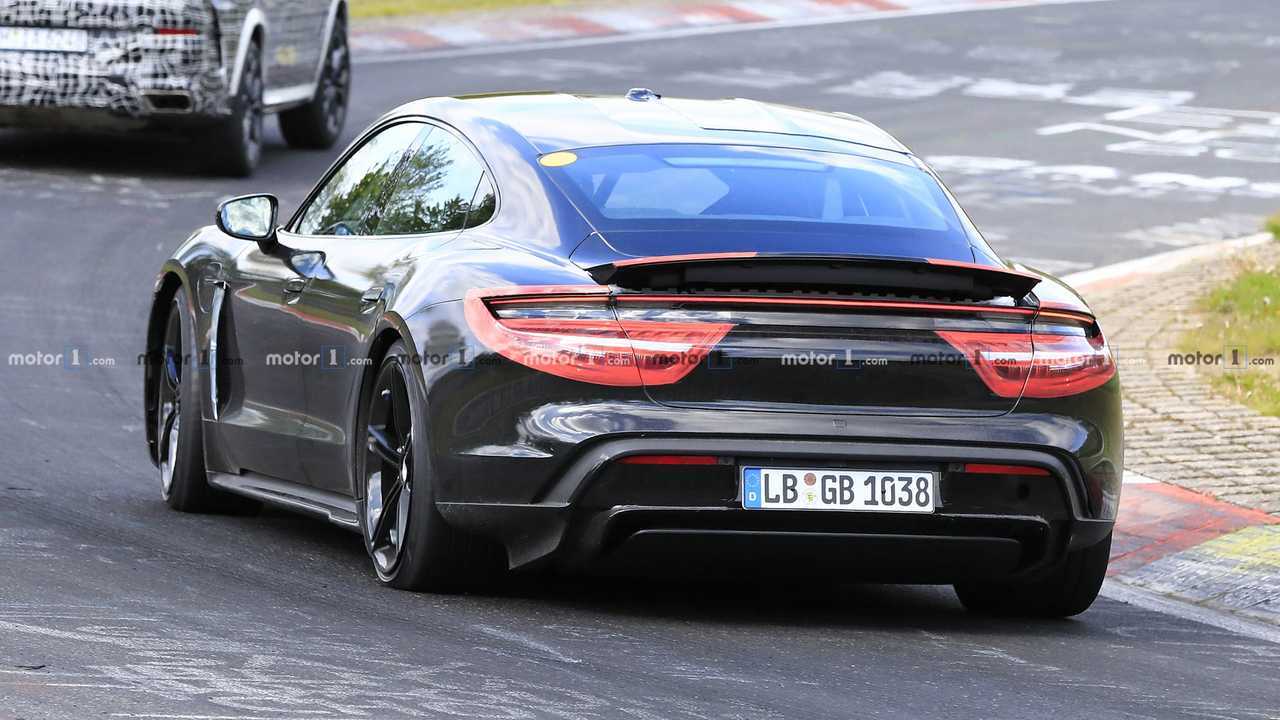 Aerodynamic efficiency is important with any vehicle, but it’s critical for the current crop of EVs to eek as much distance as possible from batteries. To that end, the Taycan is said to have a range over 310 miles (500 kilometers), which is competitive in the current electric market. It’s also fairly competitive in the performance realm with a 0-100 km/h (62 mph) sprint expected to take around 3.5 seconds. Such accelerative tomfoolery will certainly shorten range, but Porsche might get rather ambitious with recharge times. Word is that the Taycan will have an 800V system that can be recharged to 80 percent range in just 15 minutes. That is, provided you can find a charger capable of belting out that much juice.

The Taycan has been a long time coming, but the wait is nearly over. Porsche will officially introduce its EV supercar to the world in September, likely at the Frankfurt Motor Show.