That’s not a typo – Cadillac is launching its new compact sedan in hopped-up V trim.

We’ve seen spy photos of Cadillac’s planned replacement for the critically acclaimed ATS sedan for a while now, called the CT4. We also learned that the automaker was planning to reveal its compact four-door later this year. Cadillac just sent Motor1.com an email inviting us to a reveal event on May 30, but when we read the message we suffered a minor neck injury after doing a massive double-take. The car being revealed isn’t just the new CT-4. Cadillac is jumping straight to the good stuff with a high-performance CT4-V.

With such things being a rarity in the automotive realm – especially in 2019 where sedan is considered a filthy word among automakers – we double-checked with Caddy and yes, the CT4 will join the sedan ranks with a V moniker. The same event will also see the midsize CT5-V revealed so there’s at least some symmetry here, but yeah, this could qualify as the surprise announcement of the week. 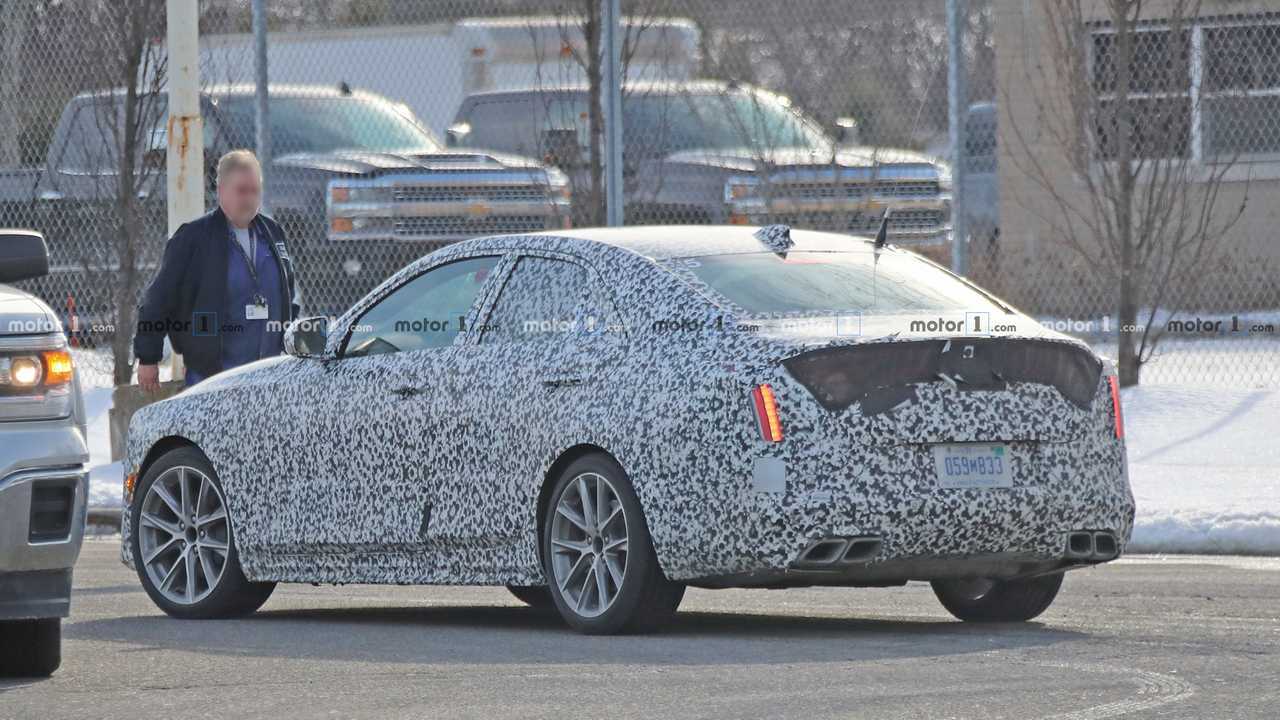 Now that we know the CT4 is breaking cover as a V-badged sports sedan, what kind of sporting cred can we expect? That’s still a mystery to us at, but some version of GM’s 2.0-liter engine is certainly a good candidate. We were expecting that mill to power the standard CT4, so perhaps the 3.0-liter twin-turbo V6 from the new CT5 might be the up-spec mill-of-choice. In any case, it should drive either the rear wheels or all four.

Don’t Forget About The CT5:

The other big news here is that the CT5-V is also a thing. The standard sedan was only recently revealed, but rumors of a CT5-V didn’t take long to percolate. Now that its existence is confirmed, we’re left speculating about the mill that it could pack under the hood. If the previous CTS-V is any indication, a Blackwing V8 of significant power could be coming.

While other U.S. automakers – including other brands under the GM umbrella – are pulling back on sedans in favor of SUVs, it suddenly seems as though Cadillac is doubling down on the traditional four-door in a rather dramatic, performance-oriented manner. Motor1.com will be attending the May 30 event ahead of the Belle Isle Grand Prix, so we’ll be first in line to get all the juicy details of this unexpected Motor City sports sedan revival.