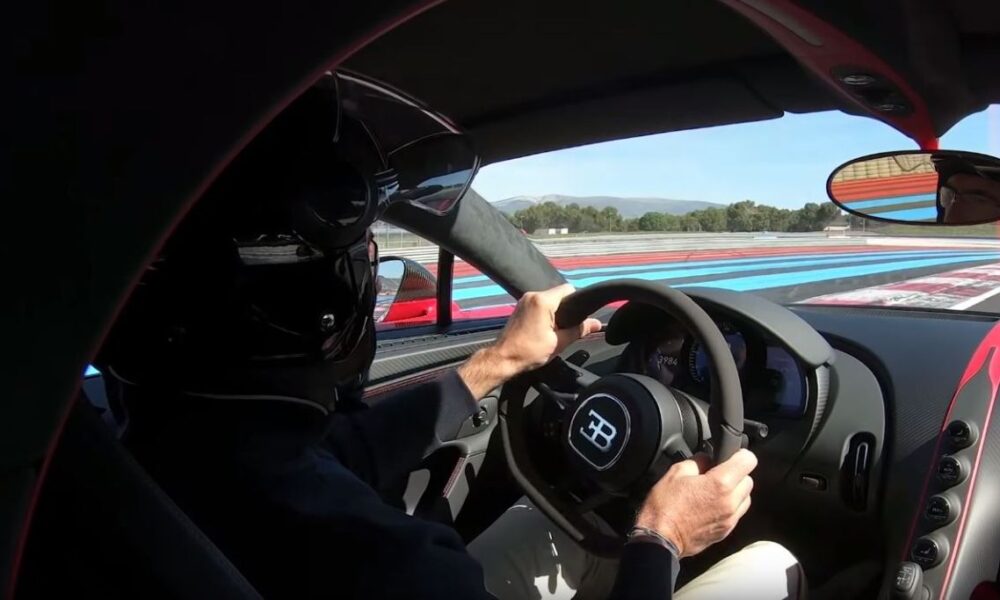 While the Bugatti Chiron is one of the fastest road cars on the planet, rarely is one seen being thrashed around a race track.

A Bugatti doesn’t come cheap and the owning a $2.5 million hypercar can get really expensive. A simple oil change on a Veyron costs $21000 and the bill for replacing the tyres could run into six figures. That’s one of the reasons why owners rarely take their hypercars to a race track.

Bugatti has posted an on-board video of a Chiron attacking the tarmac at Circuit Paul Ricard. While it is unclear whether it is a customer car, we suspect, it is a Chiron Sport.

According to Bugatti, the car hit a top speed of 223.7 mph on the Mistral straight before braking for the next corner. Unfortunately, we can’t see the speedometer in the video. All we can see is the tachometer as the revs build up with each application of the loud pedal.

Still, it’s worth a watch.