Hellcat all the things!

A Hellcat-swapped Jeep Gladiator was inevitable. Back in April we learned straight from Jeep executives that the 707-horsepower (527-kilowatt) fits in the engine bay, but leaves little room for airflow or effective crumple zones, hence why it’s unlikely to ever become a factory option. A two-door Gladiator truck from Jeep is also highly doubtful, simply because such models don’t sell nearly as well as four-door variants. Still, a two-door Hellcat Gladiator could be epic, and California-based Dynatrac isn’t waiting for Jeep to make it happen. Say hello to the Codex project.

Glad For The Gladiator:

Dynatrac already has a reputation for creating some killer custom Jeeps, but this Gladiator build is far more than just a suspension lift and axle swap. In fact, those aspects haven’t even arrived just yet – the first phase was only recently completed and as you can see from Dynatrac’s YouTube clip at the top of the article, it wasn’t an easy task. The company sought help from Michigan-based America’s Most Wanted 4×4, where the brand-new truck was literally cut in half. The video embedded below talks a bit about that.

Specifics on all the changes aren’t yet known, but the new shortened Gladiator loses approximately two feet from the standard truck. The wheelbase is said to be in the 118 to 120-inch range, and though the rear seating area is removed, the build still retains something of a small extended cab for extra storage. Obviously, all kinds of custom fabrication took place to make this happen, not the least of which being a completely reworked fuel tank since neither the stock Gladiator tank nor a Wrangler tank would fit in the modified frame. And then there was the Hellcat swap, but honestly, that appears to be the easy part of this project. 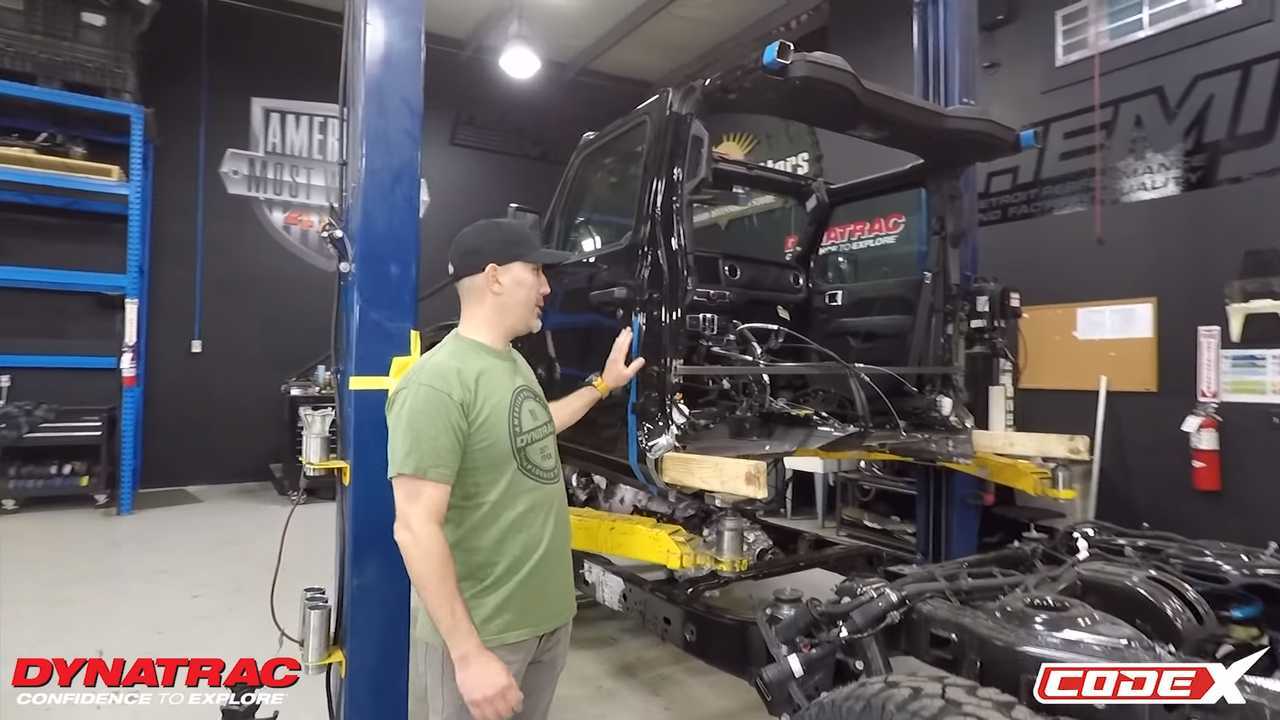 This first phase took about a week, but instead of throwing the Gladiator on a trailer to haul it west, Dynatrac is driving the rig cross-country. And with a fresh Hellcat under the hood there was only one way the journey could begin – with a burnout and cool drift while exiting the parking lot, giving us an early glimpse at how this two-door Gladiator will look. And you know what? We really like what we see so far.

Once back at the company’s Southern California facility, additional work will commence aimed at turning this already custom ride into a Baja-themed overlander. We can’t wait to see what else is coming for this bonkers build.